They say great food is made with love, and the American Cancer Society’s (ACS’s) annual Taste of Hope soiree embodies the latter with its mission to eliminate cancer as a major health problem. Taste of Hope brings New Yorkers and all communities together at Metropolitan West Thursday April 30th to participate in the largest tasting this Spring- featuring over twenty amazing philanthropic chefs, a plethora of wine and spirits, and other premium food brands. 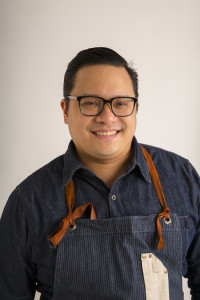 The ACS has named Chef Dale Talde as Chef Honoree and Stacy Fischer-Rosenthal as Survivor Honoree. Chef Talde is best known for Bravo’s Top Chef and Top Chef All Stars– and in the close knit world of foodies as one of the “Three Kings”. His restaurant portfolio includes TALDE (Brooklyn), Pork Slope, TALDE (Downtown Jersey City), Carrino Provisions and soon to be TALDE (Miami Beach). Clearly Chef Talde knows how to reach success in the kitchen; but now his presence at Taste of Hope invites BELLA readers to support the ACS in making cancer prevention a success. We all know someone who has survived some type of cancer- including Chef Talde, who lost his grandmother to breast cancer.

Taste of Hope Survivor Honoree Stacy Fischer-Rosenthal, of Fischer Travel Enterprises (a members-only travel concierge service), conquered her personal battle with breast cancer and has been cancer free since 2002. Stacy continues to sit on several advisory boards for various hotels, hospitality groups and travel publications such as- Four Seasons Hotels and Resorts, Ritz Carlton Hotels and Resorts and JG Black Book of Travel. Lending her name to Taste of Hope brings strength through story and a commitment to support the ACS mission. Stacy’s courage and tenacity to fight not only for herself but others is heartfelt and reaches far beyond cancer- making her a strong role model and inspiration to all.

The ACS has raised over 1.3 million dollars to date, and seen a 20 % decrease in overall cancer death rate since the 1990’s-  making Taste of Hope a pivotal fundraiser in saving lives. The ACS invites the public to help continue the fight for every birthday threatened by cancer and join them at the 10th annual Taste of Hope. This walk around tasting will be filled with great food from the finest chefs, so make sure to get there early for the best bites.  For more event details and to purchase tickets, please visit Taste of Hope. 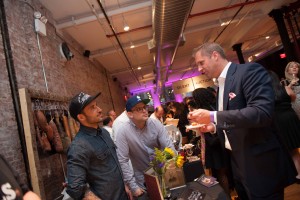