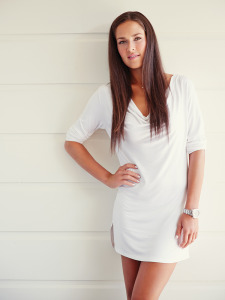 With the US Open being the hottest ticket in town this past summer, I knew that the talented and beautiful Ana Ivanovic was a perfect cover feature for our fall issue. Currently ranked number 10 in the world by the Women’s Tennis Association (as of BELLA’s press date), Ivanovic had come to play, and play hard this season. Earlier this year she became the first player, other than Serena Williams, to defeat Maria Sharapova on clay, and has been at the top of her game as she headed into the Open this summer in NYC.

I sat down with Ivanovic right before the US Open and was delighted to find that she is as beautiful as she is athletic – truly a winning combination!

When did your love for tennis begin?
I started playing tennis shortly before my 5th birthday. I remember the first time I watched tennis – I was 4 years old and at home in our apartment in Belgrade. It was Monica Seles, who was a big hero in Yugoslavia at the time. I was fascinated by the sport; it looked like so much fun. During a break in the match there was a commercial for a tennis school and I wrote down the phone number. I kept on asking my mum to take me there and after maybe one month of me asking, I had my first lesson. I fell in love with the game immediately, and my father bought me my first racket for my 5th birthday. I still have that racket in a cupboard at my parents’ apartment.

Tell me about growing up in Serbia.
I had a very happy childhood. I have one brother who is four years younger than me. He and I are very close, and we’re also very close to our parents; even now, one of my favorite things to do is to just relax and have dinner with my family.

I come from a middle class background; we didn’t have a huge amount of money, but we had enough to go on holiday each year. We have a big extended family and I have fond memories of spending time with my aunts, uncles and cousins, having barbecues and just hanging out.

I loved school. I was always very academic and loved learning. Languages have always been my favorite. My parents always expected me to go to college – tennis was just something I did for fun. It wasn’t until I was 12 years old that we realized I had the chance to make it as a professional, and we made the decision – as a family – to really go for it. My mum quit her job so she could travel with me around the world, going to tournaments.

The tennis facilities in Serbia when I was growing up were not great, but we made the most of it. It was only really when I was older, and visited other countries, that I realized how relatively difficult it was for us – at the time we just enjoyed playing tennis and didn’t compare ourselves to other countries.

Where do you live now?
I have lived in Switzerland since I was about 16. I first visited when I was 12, because my first sponsor was from there. My management company is based there and a lot of my coaches from the start of my career lived there. I enjoy the tranquility there, and there are some beautiful areas to train – Lausanne, for example.
I also have a house in Mallorca – I go there often to train, because the climate is so good. And I visit my family in Belgrade a few times a year … I’m really all over the place! Actually I would like to spend more time in the States in the future. It’s definitely one of my favorite places to be. 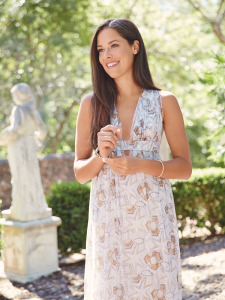 How would you describe yourself?
I am a sensitive person, a little shy, so it takes me some time to get close to people. I think I am friendly and polite, and I like to joke around. Of course, tennis is a huge part of my life and related to that, I am extremely competitive.

I read that Paris is a special place for you. Is that true, and why?
Yes, it will always be a very special city for me. So many things happened there for the first time. The 2005 French Open was my first Grand Slam quarter-final – I beat the world number 3 Amelie Mauresmo in the third round. Two years later it was where I reached my first Grand Slam final, and then in 2008 I won my first Grand Slam there, and became number 1 in the world.

Part of my love for Paris is because of these things that have happened on the court, but it’s obviously a beautiful city with amazing architecture. I’ve always had a good feeling there.

Greatest accomplishment?
Winning the French Open and becoming number 1 in the world. It was my dream since I was a kid, and to achieve it was an amazing feeling. The two goals were reached at the same time – or at least within two days of each other – and it’s the most memorable weekend of my life.

Off the court, it is probably when UNICEF asked me to be an ambassador. They told me that they see me as a positive role model for kids, which was a huge honor for me.

Biggest disappointment?
Maybe losing the 2008 Australian Open final. I had a great chance, but I didn’t play my best tennis. Also having to pull out of the 2008 Beijing Olympics.

Biggest role model?
Monica Seles. She was my hero when I was growing up. I admired so much her determination and also her temperament. I had the chance to meet her around 2005, I think it was, and I’ve seen her since. She’s a great person, very kind, as well as a great player.

What do you do in your (very limited) spare time?
I like to read a lot. I always have a couple of books that I’m working through. I like many different genres, including non-fiction. In the past I’ve read quite a few psychology books, but novels are my favorite. At the moment I’m reading “Emma” by Jane Austin.

With such a busy schedule, do you have time to date?
That’s a good question. I would say, yes – there is always time, if you meet the right person. One of the downsides of the job is that I am traveling so much, and I don’t have so much time to go out and socialize, as people who have a more traditional job might do, so it’s hard. I don’t meet too many guys.

How do you prepare for competition?
I’ve developed some rituals over the years. I usually practice for half an hour about two– or two-and-a-half hours before my match. During this time my coach and I will talk a little about our tactics for the match.

Then I’ll have a light meal, maybe chicken or fish with rice, nothing fatty, because I want something that is quick to digest. All the time I’m making sure I am well-hydrated.

After the meal I’ll go to the locker room and be by myself. I listen to music, read or play Sudoku. In tennis you usually don’t know the exact start time of your match, because you are waiting for the earlier matches to finish. So you can only estimate most of the time.

During that alone time I start to think more about my tactics and really focus on the match, kind of get into a zone. Then about 20 minutes before I’m due on court my trainer and I will go through a warm-up routine. 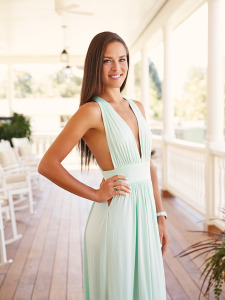 What kind of woman do you aspire to be?
I want to be someone who helps children, and inspires young players to try to achieve their goals. Someone I look up to is Angelina Jolie. She’s very empowered, and a great role model.

What does beauty mean to you?
I think it’s something you carry inside of you. When you are genuine, caring and confident it just shows. It’s so much more than outer beauty …

What will you do after tennis?
It’s hard to imagine that tennis won’t be part of my life. I know for sure I won’t go into coaching. I’m interested in exploring more business opportunities. I’m already involved in real estate: I’m a partner in a very high-end property development company. I’m excited about spending more time in this area. Fashion is something I have really started to enjoy too!

In June 2011, you were named one of the “30 Legends of Women’s Tennis: Past, Present and Future” by Time Magazine.  That’s quite an honor!
Yeah, it’s a wonderful compliment; I’m very flattered about it. I have big goals – to win more Grand Slams – and I really hope that I can justify this kind of accolade.

Since this is our fashion issue, I must ask: What is your fashion must for fall?
At the moment I’m obsessed with bags! I love the Chanel boy bag and Saint Laurent day bag (it’s hard to decide on the color). And Rag & Bone ankle boots are a must! You can pair them with anything, from jeans to shorts and even a dress.

Finish this sentence: “Happiness to me is…”
…when I’m surrounded by people I care about and I’m busy with the job I love doing.