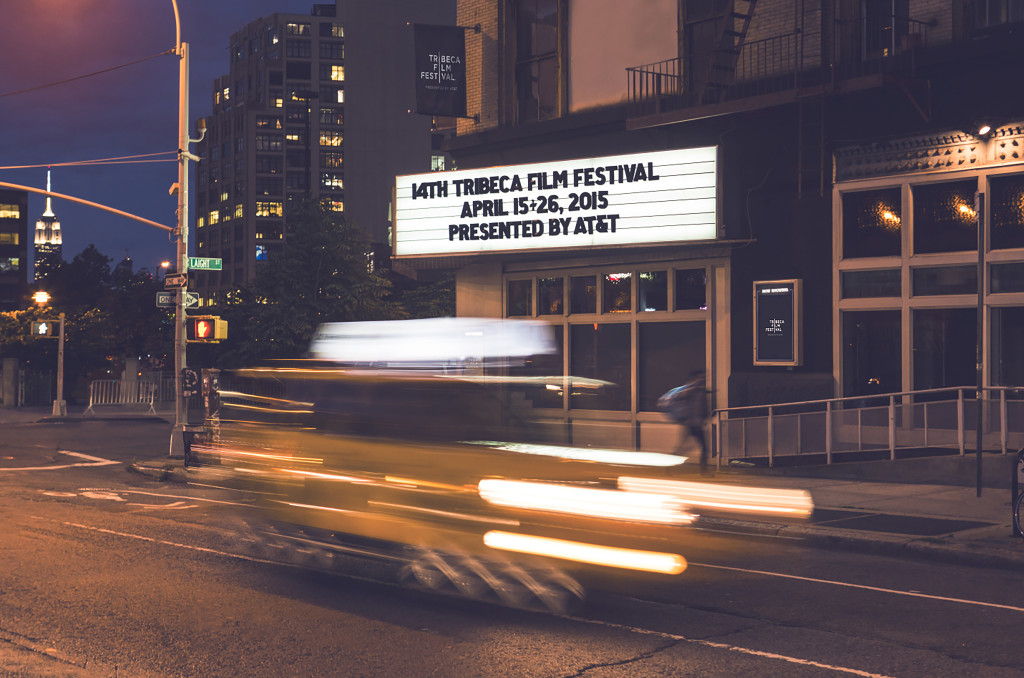 You might associate the term “binge watching” with the online streaming age, but film festivals, which have been in existence long before Netflix, are the ultimate haven for soaking up as much screen time as possible.

Lucky for us, we have the annual Tribeca Film Festival® (TFF) descending on our fair city this April for its 14th year. The festival was founded in 2001 by Jane Rosenthal, Craig Hatkoff, and Academy Award-winner Robert De Niro, in the wake of the World Trade Center attacks. The trio’s intention was to boost the economy and spark a cultural revival of lower Manhattan, and they certainly succeeded: Not only is the TFF one of the most renowned annual gatherings in celebration of film, music, and culture, it also has brought in about $900 million in revenue for New York City. 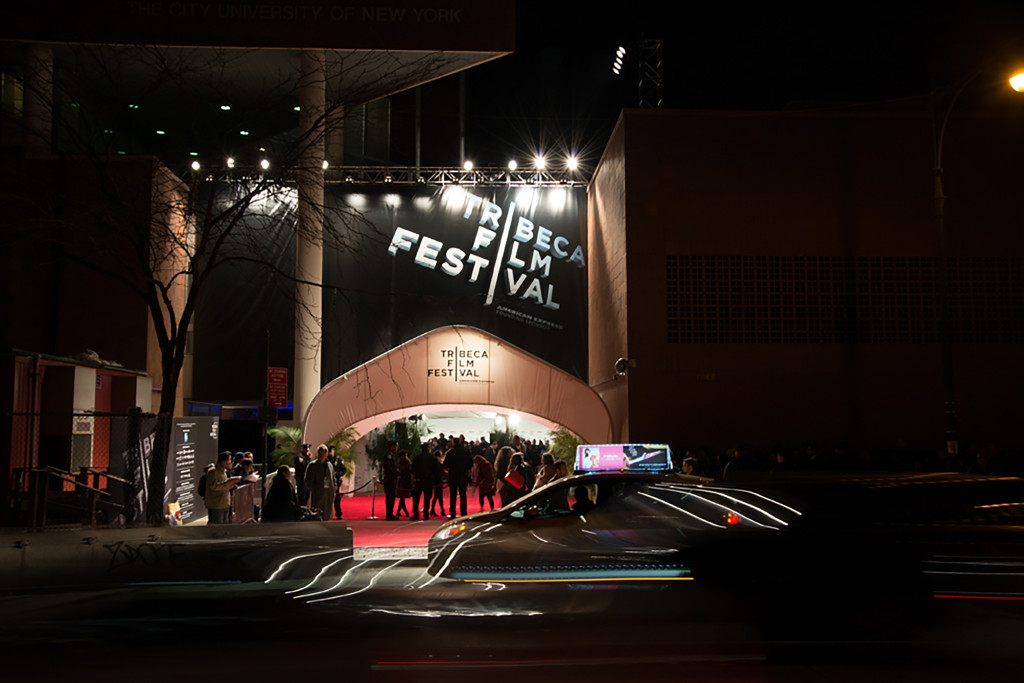 You may have been dazzled by the likes of Cannes coverage, but there’s no A-list status necessary to attend Tribeca. “The festival is really an audience as well as an industry festival, so it’s meant for the general audiences to explore and to dive into and discover new filmmakers and new voices as much as it is for the industry to come and look at the films that are in the marketplace,” says Tammie Rosen, SVP of Communications at Tribeca Enterprises.

Get Caught Up in the Buzz

Film festivals are exciting. But a film festival in New York? Off the charts! One of the most exciting times for a film fan is the day a festival schedule is announced. Then comes the fun part: deciding which movies you want to see and when and where it’s possible to see them (movies are shown at various theaters throughout Lower Manhattan). The great thing about TFF is that there are several screenings for most movies, so if one showing gets sold out, you have options.

Tribeca is a hot ticket. While you’re likely to get a ticket to something, it might not be your first-choice film or documentary. Don’t sweat it. Remember, all good things eventually come to DVD or streaming, so enjoy the excitement of getting to see something new. And don’t underestimate the hipness of hearing buzz about a certain film and being able to say: “Oh, that one? I saw it at Tribeca.”

If you find yourself in a movie rut, TFF would be the ideal place to bust out of it. If you’ve never given a thought to movies with subtitles, now’s your chance to try one. Think documentaries are dull? Think again. Remember, there is a rigorous screening process for each film submitted to Tribeca, and many don’t make the cut. So that means the ones that do are rather special. Whatever film screening you are able to attend, know that it is quite noteworthy in and of itself for having passed the muster of the TFF committee. 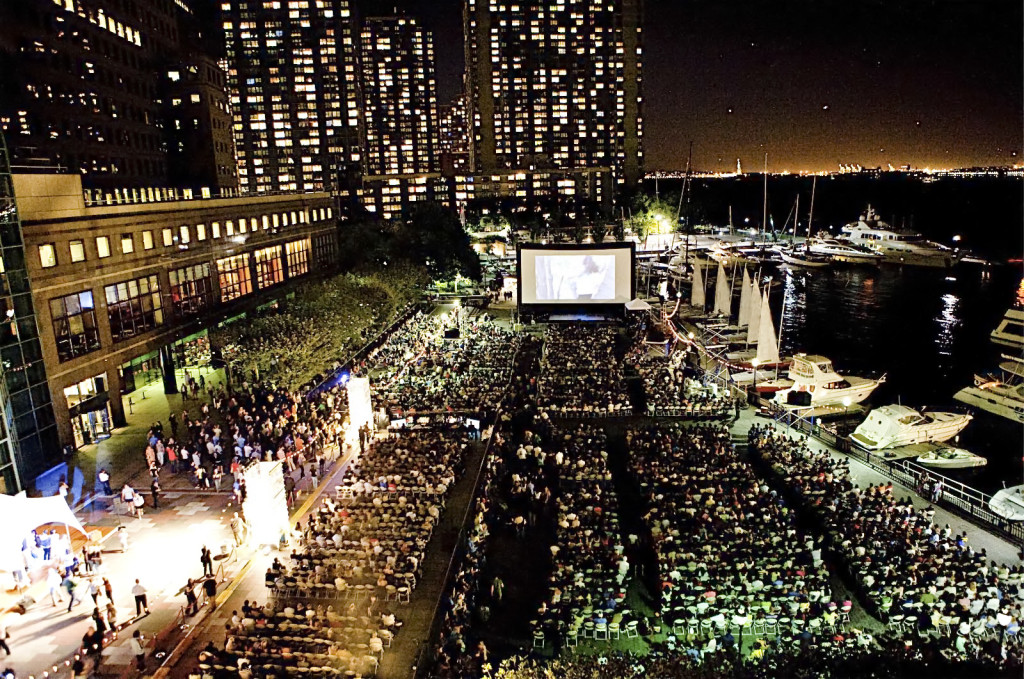 Sure, you’ve been to plenty of movies, but film festivals are truly something unique. Translation: This is more about the films being shown than the popcorn and candy being consumed. “Festivals have an atmosphere that theaters cannot provide,” says Corinne Matlak, a Wagner College student and a volunteer at the 2014 festival. “You are surrounded by people who have similar interests, and it’s awesome.”

While other festivals like Cannes and Sundance seem to have a see-and-be-seen atmosphere, TFF is more about the art than the red carpet. You might have a celebrity sighting or two, but Matlak says, “There’s a greater chance you’ll see people that are up-and-coming in the industry, or stars from the independent sector. If you do research on the festival films, you’ll find that there are a ton of independent directors, producers, and actors that come through that you wouldn’t have known about otherwise.”

Since the first festival in 2002, more than 1,600 films representing 80 countries have been screened.

Over 400,000 people attended the festival last year. The combined attendance for all the festivals surpasses 4.9 million visitors from all over the world.

Use #TFF2015 to track the festival on social media. You never know what industry movers and shakers will be tweeting!

Coming Soon to a Film Festival Near You?

The Tribeca Film Festival®, presented by AT&T, is introducing something new and exciting in its 14th year: a downtown creative hub at Spring Studios. This venue at 50 Varick Street offers a 150,000-square-foot creative space in which filmmakers, artists, and audiences can all mix and mingle. The residency will provide additional space for special events, including Tribeca Talks® panels, Awards Night, and numerous parties to be held during the 12 days of the festival.

Just attending for the films? Advance selection packages and passes are on sale Monday, March 9 for the general public (March 2 if you’ve got an AmEx card.) You can also buy tickets to individual screenings: $18 for evenings and weekends, and $10 for weekday matinees. Visit TribecaFilm.com/festival/tickets to purchase and get more information.