Billy Zane is best known for his roles in Titanic, Scorpian King 3 and his first screenplay as Match in Back To The Future I and II. We love Billy Zane for his great looks and acting abilities. But recently, Zane turned up the heat with his presence and Iliada at the Fancy Food Show last week in NYC… as the Greek powerhouse in his newest role as Entrepreneur. Billy Zane has partnered with Agrovim, the largest olive oil producer and exporter of Greece: to introduce his Greek heritage in a product that feels like home…that product is Iliada.

Sitting directly across from Billy Zane at the Press Dinner inside upstairs Nerai, I was able to listen closely and get the intimate details of his new partnership with Agrovim and the brand Iliada. I inquired at how Zane first found Iliada… 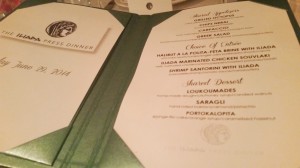 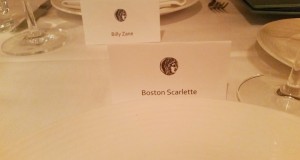 “I found a bottle of Iliada in my families cupboard. And, I was blown away by the quality, the color, the texture, and the speed at which you know… it casually found its way down the bottle.” –Billy Zane  Zane further describes how he proceeded to drink it and bathe in it. Now whether or not he actually bathed in Iliada, we will never know. What Bella does know, is that Iliada is an amazing olive oil from Greece: and Billy Zane not only knows how to pick which movies to star in…But he knows how to pick an olive. After his first taste of Iliada olive oil Billy in his own words recounts… “This is amazing! If ever there is a product to enter into the market with, it’s Iliada.”-Billy Zane 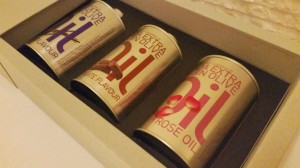 And although Billy Zane’s character Caledon Hockley never got his “Rose” in Titanic… the real Zane has his rose in Iliada. Bella enjoyed a full course meal at Nerai in NYC, and a round of Iliada Rose Olive Oil Shots. Something Billy Zane and Kostas Peimandis (Iliada Business Development Manager), were promoting all day at the Fancy Food Show at the Javits Center in NYC. What does Bella love about this Iliada Rose Olive Oil Shot? We love the many benefits! The Iliada olive oil acts as a conductor to deliver nutrients to your body, its taste good and if applied to the skin…the rose in this specific one can help reduce puffiness. Also, it’s kind of a beautiful trend to start and a conversational drink. No need for Silver Tequila…we got Iliada Silver Rose Olive Oil Shots! You can find the Iliada Aromatic Olive Oils in specialty shops and at their website. Billy Zane and his business partners at Iliada have truly made olive oil sexy in many ways: drink, bathe, fabulous to cook with and look at.  As we dined over the beautiful and meticulous Greek cuisine of Nerai, prepared by Chef Chris Christou with Iliada Olive Oils… both Kostas and Billy continued to relish the excitement of a new found friendship and business partnership. Kostas and Billy joked they were separated at birth: and appeared to be two olives from the same branch.

The comedic pair told Bella stories of how they met and acquired the nick names “Sexy” and “Pop” respectively, at the Fancy Food Show. All joking aside, Kostas and Billy are very serious about making Greece prominent in the international agricultural market. Billy Zane also plans to take some of his prosperity with Iliada back to the homeland, and give to different Greek charities.

Iliada and Billy were also generous to guests: giving Olive Leaf pins to the female guests and Iliada Logo Cufflings to the men…both imported from Greece (synapeiro.com). We left with gift boxes of Iliada Silver Olive Oil in Chocolate, Vanilla and Rose. We were also given the bottle of the Kalamata PDO (Protected Designation of Origin Certification) from the Gold Selection, and an organic version from the Silver Collection.  Iliada does not use chemicals to treat the oil or trees. These Silver Olive Oils have won the Gold Medal for “Great Taste 2012” and Silver Medal in “Innovation Award 2014” by Olive Japan, and the Gold Medal in “Packaging Design 2014”from Los Angeles Competition: making Iliada “Red Napkin” worthy and a kitchen staple must!

Before I left, I made sure to snag a photo with “Sexy” and “Pop”, but make sure to grab Iliada’s Silver line and do a shot of Rose. For a complete list of Iliada Aromatic Olive Oils visit Agrovim.com. And make sure to tweet me @BostonScarlette your favorite Iliada Olive Oil!