Harlem Fashion Week has been added to the official New York Fashion Week master schedule and it kicks off this week. 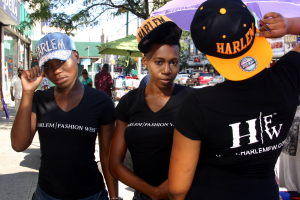 Here are some highlights:

On the evening of Thursday, September 8th head to the Uptown Grand Central Plaza (125th street Metro North Plaza) at 6pm for a FREE yoga class with Harlem Yoga Studio (founder Erica Barth and Lauren Solomon will jointly teach the class) and Sound Off headphones that allow you to experience “yoga in the chaos” of one of the city’s busiest street corners while listening to peaceful beats and sounds. Harlem Fashion Week models  and the Brownstone and Harlem Fashion Week designer, William Witherspoon, will attend the event. 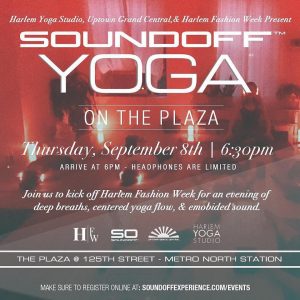 New York designer and Project Runway Superstar, Viktor Luna, will have his fashion show on Friday, September 9th at 8:30pm. The New York designer was born in Guadalajara, Mexico and raised in Los Angeles. He went on to polish his skills in New York City at the Fashion Institute of Technology. His designs are inspired by his eclectic background and he shares, “I am very excited to partner with Harlem Fashion Week for an explosion of cultural awareness.” 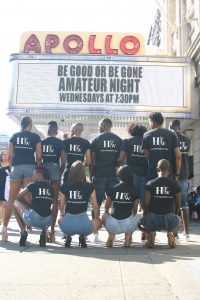 The inaugural Harlem Fashion Week is set to host over 5000 guests (including fashion industry professionals, media, artists, entertainers, and fashion buyers) and will take place for four days at Harlem hot spots, including Hamilton Landmark Galleries, the Museum of the City of New York, The Underbar, and Cheri Harlem. The creators are the dynamic mother-daughter team of Tandra Birkett and Yvonne Jewnell, owners of the fashion design company, Yvonene Jewnell New York. A portion of the proceeds from HFW will go to the Junior Scholars Program at the Schomburg Library for Research in Black Culture and the restoration project of La Maison des Esclaves (The House of Slaves Museum) on Goree Island in Senegal. 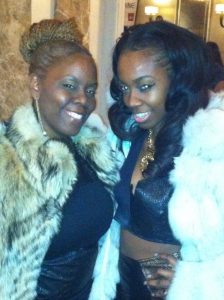 Written By
BELLA Magazine
More from BELLA Magazine
By Laura Camerlengo Kathy Wilson is no stranger to fame. Since launching...
Read More