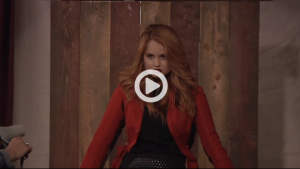 June 24th marked the release of ‘ONE’ – the debut album from Debby Ryan and her band – The Never Ending. The news gets even better… Chideo.com is giving fans exclusive access to behind-the-scene footage and photos from the album cover photo shoot!  While there can only be one album cover, Debby and the band shot 5 different looks and a number of cover options to achieve that perfect look that encapsulates everything the album is about.  Plus, you’ll see Debby and her band goofing off together and hanging out during the shoot.

Visit Chideo.com for an inside look with Debby and The Never Ending and what went into making the album.  Consider also making a donation to help support Free The Children, a charity Debby and the band are big supporters of.

The album is available on iTunes as well as the band’s website, The Never Ending Official, which is slated to go live next week.  Debby is also giving away some cool prizes to help spread the word of her album through a fun initiative on her website called Chalking Mission!