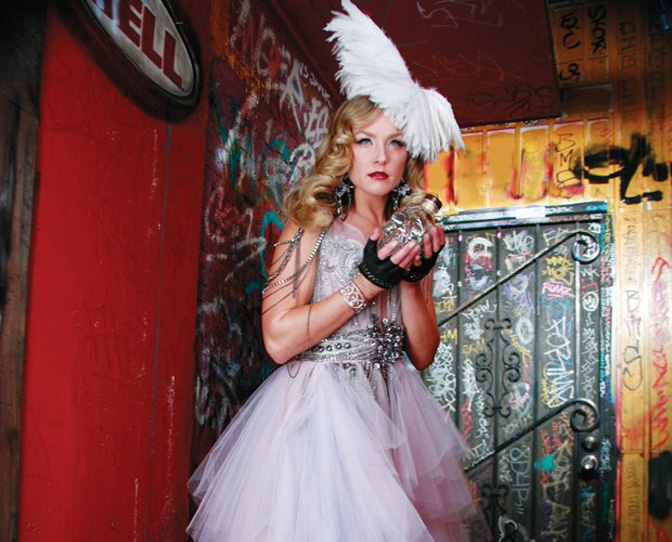 Not too long ago, “Law & Order” star Elisabeth Röhm was seen gracing magazine covers and red carpets on a regular basis. These days, this mom to three-year-old daughter Easton has settled down in her career and life. Elisabeth has been successfully juggling a fulltime job as a mother and actress over the past three years. Her new feature film, “Transit,” opened in theaters in April, and she is currently starring in the Lifetime series “The Client List” alongside Cybil Sheppard and Jennifer Love-Hewitt. With all that, and philanthropic events filling her calendar, it is inspiring to see how Elisabeth stays beautiful, healthy and positive while managing to consistently stay by her daughter’s side.

In this issue, Elisabeth talks to BELLA about growing up in NYC, how being a mom has changed her perspective and how telling the truth about it all has made her weekly blog on People.com a must-read for all women!

What was your favorite part about growing up in NYC?

I just love the people. I don’t think the world knew who New York was, the way that New Yorkers know it, until 9/11. But I grew up knowing that New Yorkers truly take care of their own. That sense of neighborhood, community and family – that’s really the heartbeat of New York. I grew up feeling very safe in that big city because there was a real sense of community.

How do you define beauty?

I think New York helped define it for me. It has a sense of being authentic, multicultural, diverse and colorful – and not this sort of “Barbie doll” version of what beauty is. I think growing up there helped me understand that beauty comes in many shapes and sizes. I believe true beauty is being able to appreciate yourself for who you really are.

How are you able to maintain a healthy lifestyle?

I am a big advocate of juicing. My husband is actually opening a juicing business in LA called ReJuice, so it’s clearly a big part of our lives. We drink at least 1-2 juices a day for the health benefits, energy and clarity. At different  times we’ve gone raw, too. [We also eat] vegetarian and vegan, but mostly we just believe in eating fresh juicy fruits and vegetables because the properties are so much more sincere that way, and you get many more nutritional benefits. If you are juicing a green drink, there’s just so much more in that green drink than any salad you can have. I’m also a huge fan of yoga. We mix it up and still do some exercising in a gym, too. Actually, we are owners of a gym in Brentwood, CA, that we really love – called Circuit Works.

Are you able to get your 3-year-old daughter to juice as well?

Yes, she does, but we have definitely struggled with her diet. She’s the kind of kid who likes “kid” food, but we have managed to keep pushing and now she really enjoys juicing with her dad, which is something special they share.

I read that you are quite the equestrian and began competing professionally at age 5. That is incredible! Do you still ride today?

[Laughs.] That might be a little bit of an exaggeration. I was riding at 5, but it was ageappropriate. I was in shows, but at that age, I was just sitting on the horse being led around the ring. I did compete when I got older and rode until about six years ago.

How has life changed for you since becoming a mom?

In every way possible. In some ways, it really simplified my life and helped me figure out what was working and what wasn’t. It made me pick and choose what’s important to me. I really want to be with my daughter all the time, and although I’m still acting, I don’t do nearly as much as I used to.

Your blog on People.com is so real! I love reading it, because it is relatable to all of us moms out there … the sleepless nights, the temper tantrums. What made you start writing it?

It started out as just a couple of blogs for People.com. They do that all the time. An actor writes a couple of blogs, and then they move on to someone else. Somehow mine just got a following. Three blogs turned into 10, which turned into 20 and now a year later, I am blogging weekly. I love doing it with People.com because they have so much traffic, and I think my blog is kind of a surprise once you get on their website, since the site is very much about Hollywood and my blog is more personal. I think it’s sort of refreshing in that way.

I agree. I feel that most people in Hollywood don’t get that personal. What made you take the approach of being totally open and honest, and writing about things that we all experience but don’t always talk about?

Well, that was sort of the motivation. The first blog or two I wrote about my fabulousness … and nobody liked me. Then I realized that nobody wants to hear about how great of a parent you are, or hear someone else telling them what they should be doing. I mean, how are you helping anybody that way? At the end of the day, the first two blogs were not well-received. I decided that the thing I wanted most from others was to tell the truth, and that if I was going to do this, I was going to tell the truth. That doesn’t mean that sometimes I didn’t think I had it all worked out. But I felt like in the world, most of us feel like we’re trying to figure it out, with our marriages, parenting and careers. We all wish we had three girlfriends that we could ask anything to and they would give us sound advice. And my hope was then to turn the blog into a place where I could bring up an issue – perhaps a weakness of mine, or something that I was stumbling with or struggling with – and that would create a dialogue amongst the women there. Then, we could help each other. It’s turned into this incredible thing where I go on every week and I see these women tell me their deepest stories, and then it makes other women tell her deepest stories, and I think they end up thinking less about me and more about each other, so it’s developed into a beautiful, supportive community.