A year removed from the Billboard charts can seem like an eternity in the Rock and Roll or Pop world. Being off the charts for over 20 years makes most artists dinosaurs. Billy Joel, however, is not “most artists.” Despite not having a hit since 1993, Joel continues to attract massive audiences throughout the country. In reality, his songs have never left the radio and thus have made him one of today’s most beloved and enduring multi-generational performers.

The Piano Man recently performed before his 34th consecutive sell-out crowd at Madison Square Garden, one of the world’s most iconic venues. Over 20,000 people jammed The Garden, each for different reasons. “I have all of his albums,” said one woman sporting an “I Love Billy Joel” tee shirt. A nearby younger couple chimed in, “We danced to Just the Way You Are at our wedding.”

The significance of each concert is not lost upon Joel. “I haven’t been on the charts in decades, yet all of you have been kind enough to come to the show,” he tells a captivated audience, which ranges from millennials to baby boomers. A banner in his name hangs from the rafters next to the storied sports stars who have graced The Garden with their skills.

Joel treated his adoring fans to a night of nostalgia by playing one memorable hit after another while conversing with the captivated audience between songs. Joel is not only a masterful performer, but quite the storyteller as well. Joel engages the audience by asking them to choose between two different songs by clapping their approval. While many artists seem to be bothered to be on stage, Joel clearly feeds off the crowd’s energy.

The Garden’s jumbo cam provides a glimpse of the immense musical talent Joel possesses as he effortlessly glides up and down the piano, seemingly not ignoring any of the 88 keys. His virtuoso is clearly evident during Scenes from an Italian Restaurant and Angry Young Man. Joel can rock with the best of them, but can also take it down a notch with such sentimental ballads as She’s Got a Way and She’s Always a Woman, during what Joel calls “the mushy part of the show.” His vocal resonance, always a much underrated aspect of his talents, continues to reach every note.

Precious few artists have a songbook as extensive as Joel’s. With over 150 million records sold and 33 Top Forty hits, Joel has solidified himself as one of the greatest artists over the last 50 years.

Joel has the luxury of relaxing and resting on his considerable laurels, but instead has opted for a monthly show at the Garden. “Not a bad gig,” he tells the audience. “I’m not complaining.” Like the Knicks and Islanders, Joel has become Madison Square Garden Royalty. He also tours the country on occasion.

It’s no wonder that such a seminal artist as Joel would require a back-up band that has the ability to perform at an extraordinarily high level. Accompanied by eight gifted musicians, each band member shines in his or her own right and their melodic blend of voices and instruments is the perfect complement to Joel’s intricate music. This is a tight as a band as you’ll ever see. In what appears to be a spontaneous jam session, Joel sometimes wanders away from his own songs and into cover songs of other popular musicians. His band follows his every lead. Remove Joel from the equation and this band would still stand tall on their own merits.

Fortunately for music fans everywhere, Joel won’t be riding off into the sunset anytime soon. He knows a good thing when he sees one. So do his fans. 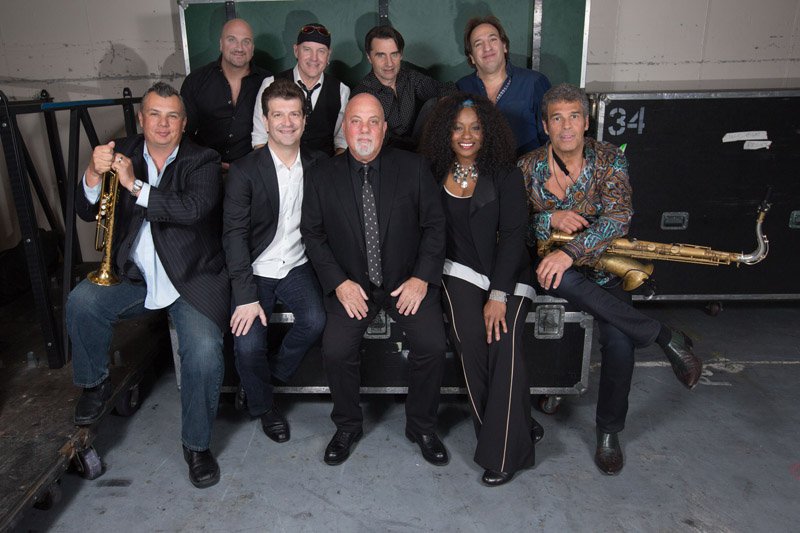 Here are five ways that you can maximize your experience should you be fortunate enough to attend the Madison Square Garden concert:

1)     Be sure to make dinner reservations months in advance. A Billy Joel concert at Madison Square Garden, now a monthly event, attracts 20,000 fans. As such, restaurants between 17th and 45th street are booked solid the night of the show. Without dinner reservations, you’ll have to settle for street vendor food. Not necessarily a bad thing, but perhaps not the night on the town you envisioned.

2)     Enjoy the show with a loved one. Since so many of Joel’s songs evoke feelings, they are best experienced with a significant other. A little cuddling during these moments is perfectly acceptable.

3)     Capture New York State of Mind on your cell phone. This being the Garden, the song resonates with raw emotional overtones.

4)     Absorb each of Joel’s albums ahead of time. In addition to his Top Forty standards, Joel’s repertoire includes songs from his albums that weren’t on the radio. But make no mistake about it, these songs – such as Summer Highland Falls and All for Leyna – are classics in their own right.

5)    Be sure and stay for the encore. In an effort to beat the crowd out the door, some people leave right after Joel says “goodbye and thank you.” Big mistake. He returns for a rousing encore of five songs that includes such hits as the ever popular “Uptown Girl.” It completes a night of timeless classics.

Written By
Roger Sands
More from Roger Sands
In order to keep the beat for the Piano Man himself, a...
Read More

Up Close and Personal