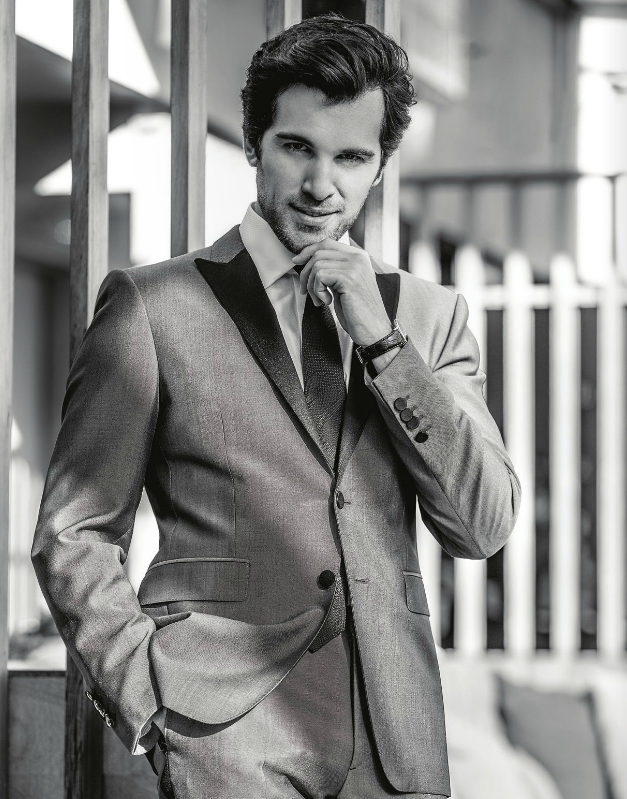 In a business where success is seldomly achieved overnight, Argentinian-born actor Juan Pablo di Pace has been working hard and making a name for himself for quite some time. Three years after moving to the United States, he took on the role of a lifetime with his portrayal of Jesus Christ in NBC’s “A.D. The Bible Continues.”

di Pace’s love for acting wasn’t something he felt growing up; as a child he says he was, “obsessed with painting and drawing.” In fact, his lifetime goal was to become a painter. “All through school I thought that would be my path.” It wasn’t until he was cast in the school musical of “Grease” in the role of Danny Zuko that everything changed. “That first night on stage was magical, he says. Everything else went silent; it was electric.” DI PACE

After finishing up school at the United World College of the Adriatic in Duino, Trieste, Italy di Pace had a decision to make. With a newfound love for acting and a desire to change paths, he knew if he was going to do this he needed to train in either New York or London. As a European citizen, he decided to study in London and for the next three years immersed himself in acting, dancing, and singing.

While he would remain there for 10 years, di Pace made his first professional debut in the London musical, “Chicago” as the understudy for the character of Billy Flynn. Landing the role right out of school was incredible, he recalls, and it gave him the push he needed to move away from dance and on to acting. After an eight-month run, he left the production, hired an agent, and continued to study his craft.

Next up was his first on-screen role in the film, Survival Island,” alongside actor Billy Zane. “It was an incredible experience and it taught me so much about film in general,” says di Pace. Although it wasn’t a huge box office success, the takeaway for the actor was the opportunity to learn and do something new, and to focus on his goals.

While di Pace worked steadily and found success, something felt like it was missing, he says. Soon after, he received an email regarding the role of Tony Manero in the Spanish production of “Saturday Night Fever.” While his goal was to make films, the actor couldn’t say no to the amazing opportunity; plus it was the first time he would be leading a show.

di Pace spent a year and a half with the production; the first six months in Madrid and the remaining time touring the country. “I learned so much; it taught me the energy of the theatre and how you must have your game up every single day because people are paying to see an amazing show. If your energy is down the whole show goes to pot. I realize, with time, that the more pressure I have, the better I work,” says di Pace.

He recalls Madrid as a place that offered him the opposite of what London had given him. “London gave me the struggle while Spain opened their arms to me.” For the first time di Pace had money, was living comfortably, and was being celebrated for his talent. To be an outsider for 10 years in a country like the UK, I felt like I never really belonged, like a foreigner, and that can hurt when you put in all your time and energy into something,” remembers di Pace.

From Europe to “Dallas”

It’s always tough to start from zero in any country but di Pace’s done it more than once; this time it was a move to the US. It was now or never, he told himself, so he took another leap of faith, leaving everything he had accomplished in Spain to move to Los Angeles in October of 2013.

Within days of his arrival he was cast in the role of Nicholas Trevino in the third season of “Dallas.” “To get that role was mind-blowing,” says di Pace. For six months the cast became his family, leaving the actor feeling humbled and overwhelmed. It was an answer to all of his hard work, he says. “A lot of interviews imply I’m just lucky, and things kind of just happened for me, and it really isn’t that way, it’s just the opposite.” 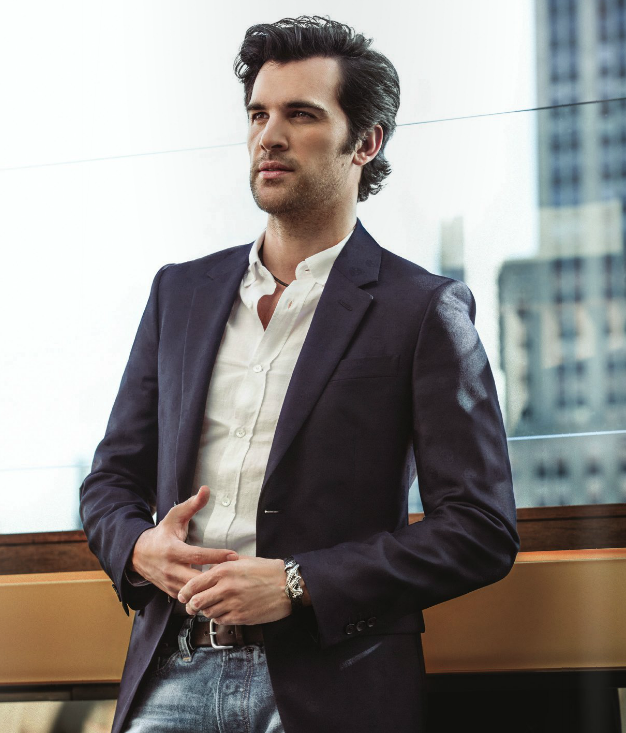 The Role of a Lifetime

After moving on from Dallas” the show was cancelled after three seasons, di Pace would take on the role of a lifetime, starring as Jesus Christ in “A.D. The Bible Continues.” Never in a million years did he think he’d be ready or worthy enough to take on such a role, he says. “As an actor I hoped to one day be involved in a biblical project, yet playing Jesus Christ never entered my mind. After reading the script I knew it was something I had to do.”

Once he landed the role it was time to start thinking of how to portray Jesus Christ in a unique, personable way while also portraying his mixture of vulnerability, nobility, and strength. “No one really knows how He was and so it became about choosing one point of view and sticking to it, says di Pace. “I knew I wouldn’t be able to please everyone because people have their own opinions, but I wanted to be truthful.”

One of the most difficult scenes to film was the crucifixion, he recalls. My heart was broken for Him and I was moved to see what He went through,” says the actor. “He didn’t complain and willingly died for others; that was tough.”

His mother, religious painter Marta Maineri, was overjoyed to see her son portray Jesus, but the experience of watching him shoot those scenes was difficult. This time she wasn’t able to separate art from reality,” says di Pace. She no longer saw her son up on the cross, she saw Him; it was Jesus dying, not Juan Pablo.

It is a role di Pace is most proud of, one in which he knows he did everything in his power to bring his character to life on-screen. For most actors, new roles entail immersing themselves in their character but since di Pace’s experience was different, he relied on other methods.

In an effort to find solitude, he went to the desert and slept in the dunes of Morocco where the mini-series was shot. He also experienced withdrawal symptoms once shooting wrapped. “Playing the resurrected Jesus gave me so much, and once I stepped outside of the role and stopped playing Him, it felt strange,” recalls the actor.

Up next for di Pace is a much lighter role in the film, After the Reality,” starring Matthew Morrison, which will hit theatres later this year. He’s also completed his first long- feature script about his experience in London, which he plans to direct, and says he’d love to do another movie musical he appeared alongside Meryl Streep in Mamma Mia”. And, of course, he’d love to hit the Broadway stage. It’s definitely on my bucket list”

Once told, “There is no such thing as can’t in this business – the only certainty in life is death and anything else is possible,” di Pace’s taken those words to heart as he strives to bring beauty and a truthfulness to all he does.