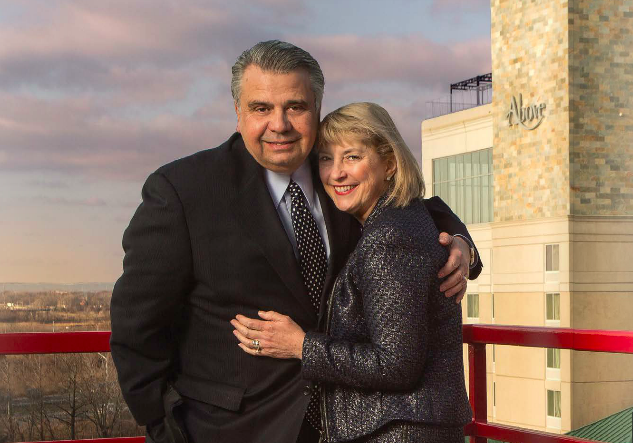 Richard and Lois Nicotra, second-generation Staten Islanders, have been putting their heart and soul into everything they do for the borough and its people since 1993. Their drive? A deep love for their community as well as each other,

Inseparable since they first met, the Nicotras attended the same high school but didn’t actually meet until they were both undergraduates at St. John’s University. Now married for 35 years, Richard jokes that while it was “love at first sight” for him, it took Lois a little longer to come around.

Richard opened the first Everything Yogurt store on Wall Street in late March of 1975 while he was still a senior in college. The franchise he started would eventually grow to more than 250 stores worldwide. A former elementary school teacher, Lois also worked part-time for Richard and it was here the future husband and wife’s love story began. Lois eventually joined the company full-time as the endeavor began to grow.

“Being in business together from the beginning has had its ups and downs, but you come to appreciate the struggles and respect one another when you go through this together,” says Lois.

According to Richard, at the time he was looking to start his business, there were no other places where you could grab a salad for lunch. Because he was always dieting, opening a place where customers were offered healthier options appealed to him. 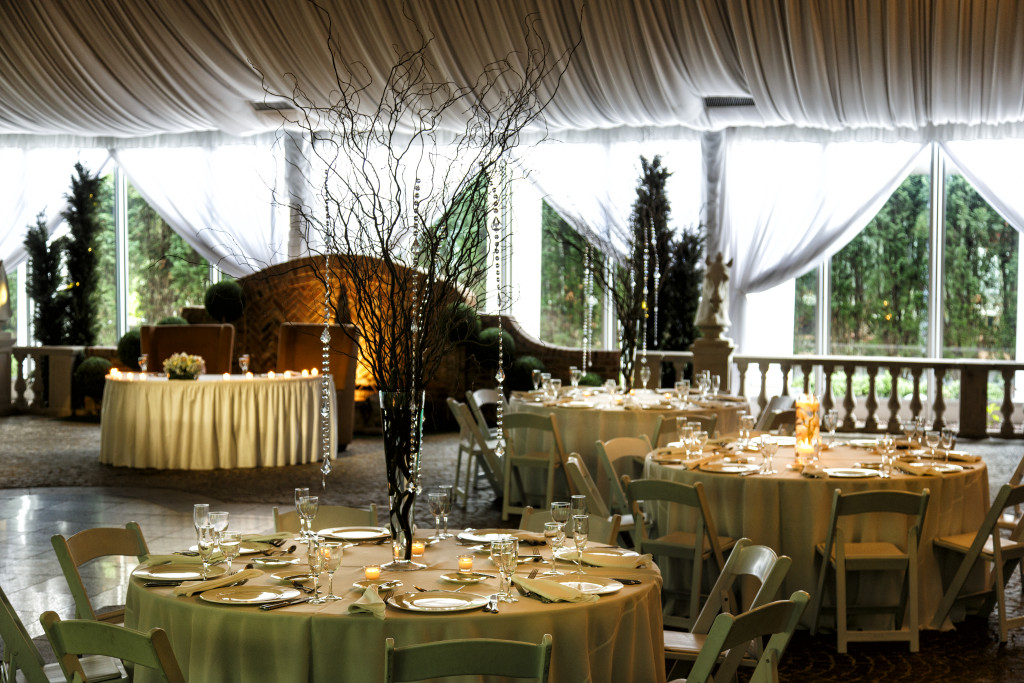 After renting space in NYC for a few years, the Nicotras made the decision to move their offices a bit closer to home, and purchased their first office building in Staten Island’s Port Richmond neighborhood in 1985. Less than 10 years later they would make another move, this time creating a corporate headquarters in what is now known as “The Corporate Park.”

“Back then it was a two-lane, burnt out highway, littered with debris,” recalls Richard. The area was transformed with a lot of hard work and dedication, and three years after scouting the location, the Nicotras moved into what Richard describes as the “Park Avenue of Staten Island.” These days, the area is home to hundreds of businesses and thousands of workers.

With a brand new, beautiful space, the couple found the building was larger than what they needed for themselves, so they started to seek out other companies that wanted a more “professional” look for their business. Transitioning from tenants to landlords is what set the couple on their journey in the real estate business. 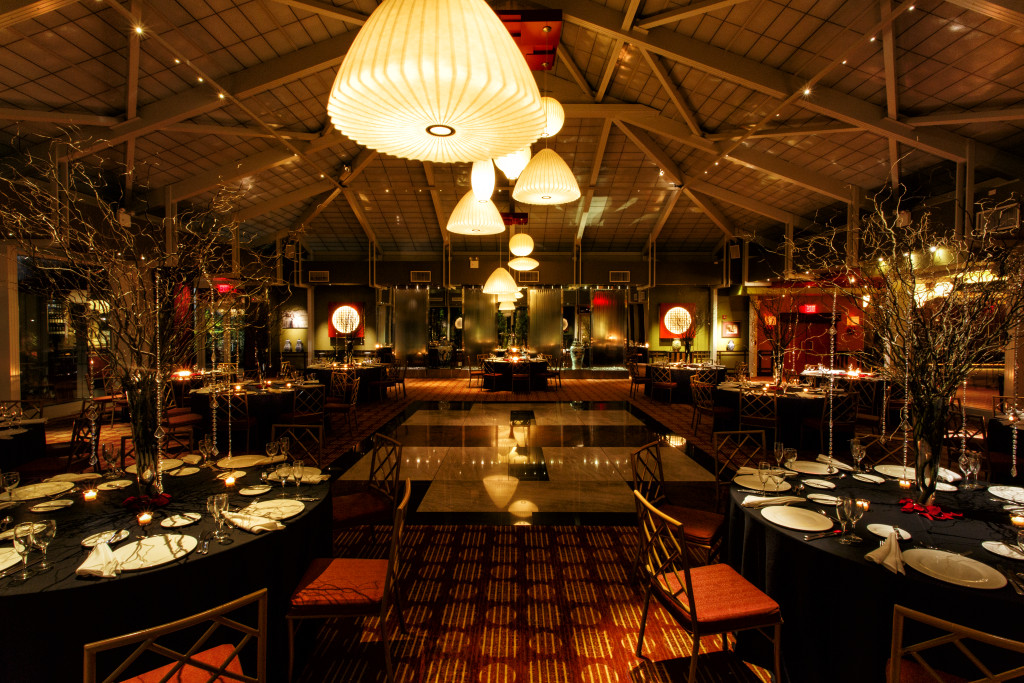 “For years I was a tenant and the experience wasn’t good,” says Richard. He believes that’s what’s actually made him a great landlord. “I treat my tenants like kings – it’s something we work on every day.”

In 2003, Everything Yogurt was sold, so the couple could focus on new ventures. Heavy travel and being away from home for long periods of time made it difficult to run the business. “We needed to concentrate on what we were doing here,” says Richard.

Next, the couple set their sights on the hotel business, something Staten Island was lacking at the time. “From the beginning, our Hilton Garden Inn was built to be a wedding venue where couples could get married and stay overnight,” says Richard. Their vision was to create an unforgettable weekend wedding experience, one that would have brides and grooms talking about long after the big day. 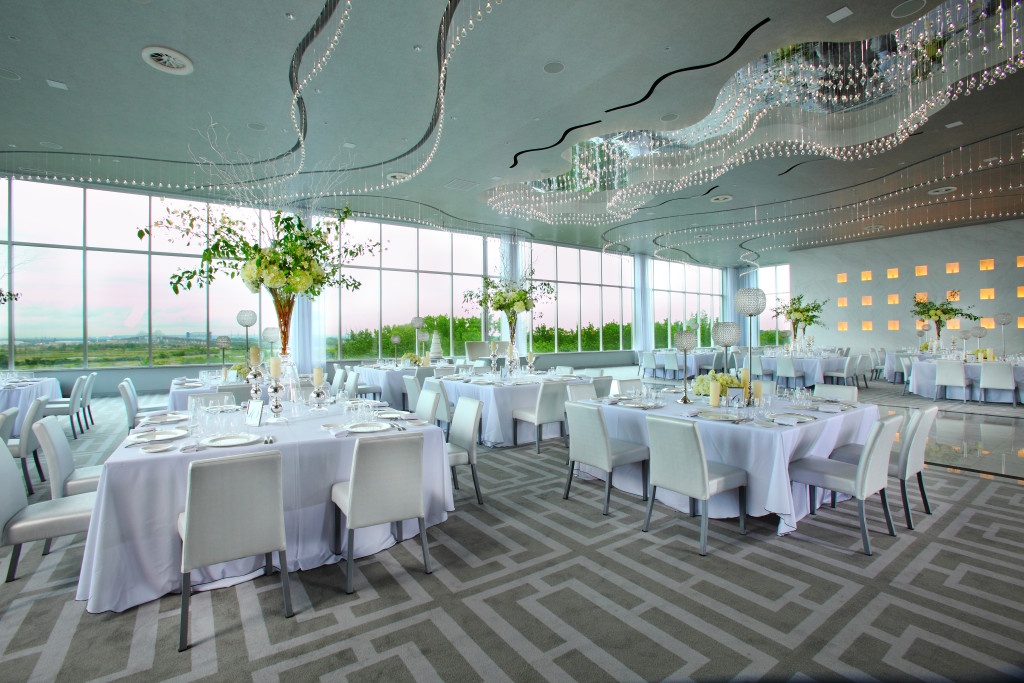 The Beginning of a New Chapter…

On September 15th, 2001, just four days after the attack on the World Trade Center, the Hilton Garden Inn on South Avenue opened for business. Starting with 150 rooms, the plan to expand was set right from the start. When construction began, the foundation was put down for what the couple hoped would be their future goal.

“With this business, progression is important,” says Richard. “Being new and different is what sets us apart from the rest.”

Fast forward 12 years later and the expansion the Nicotras envisioned became a reality with the creation of Above, a stunning 10-story tower connected to the Hilton. The project made room for an additional 50 rooms, as well as an exquisite 9,600-foot glass-enclosed ballroom, and Above Rooftop, a rooftop lounge with an outdoor terrace and private dining area.

“We wanted to do something different and unique,” says the couple. In addition to the ballroom located inside the hotel, which offers couples a more formal wedding, Above brings a flavor of NYC hipness to the growing borough. With spectacular views of the city and beautiful gardens all around – which even includes a gazebo imported from Florence, Italy – the Nicotras are finding that not only Staten Island brides, but those from other boroughs, are seeking out their location to host the most important day of their life.

Along with the wedding venues, the hotel boasts a different kind of nightclub scene for those looking to experience an evening of dinner and dancing. Lorenzo’s Restaurant, Bar and Cabaret, named after the couple’s beloved Maltese, serves modern Italian and American fare and features cabaret shows on a monthly basis. Having been called the “best cabaret room in New York City,” the Nicotras have introduced Staten Island to an art form in which they love.

“Back in the day we enjoyed going to the Oak Room at the Algonquin Hotel,” says Lois. “They had the best cabaret and we’re trying to keep that alive here at home.”

Industry greats such as Lucie Arnez, Rita Moreno, and Lainie Kazan have all performed at Lorenzo’s. “We’ve met a lot of people and established some great friendships as a result; it makes what we do all the more worthwhile,” insists Richard. 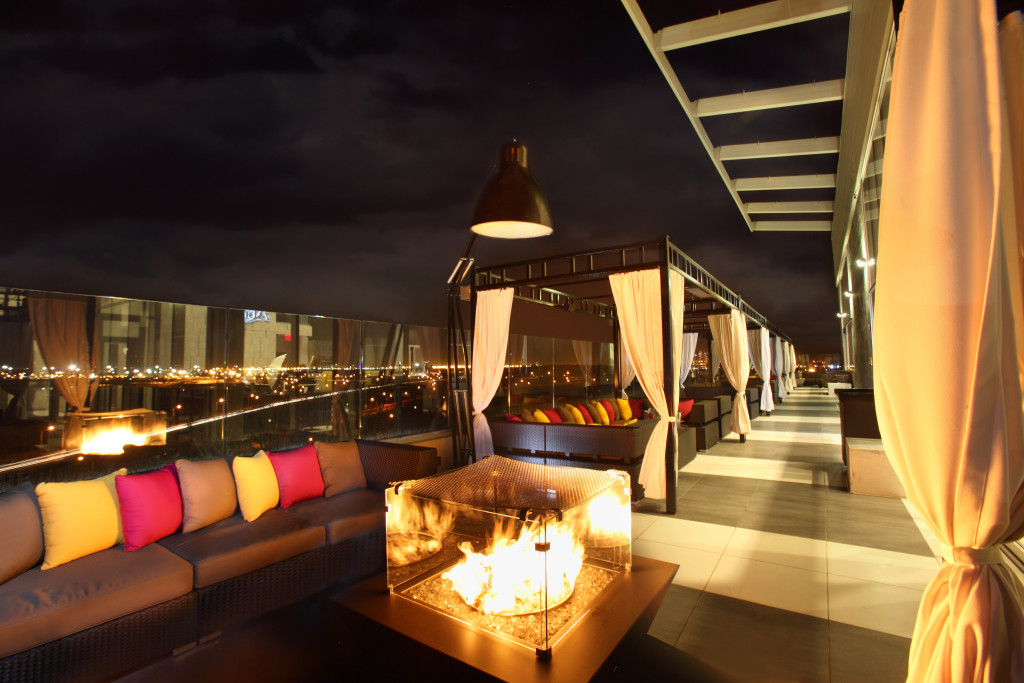 Giving Back to Their Community

While the couple loves this part of their business (they can be found on-site for every wedding), they’re also deeply committed to other philanthropic projects that help the community to which they’re tightly connected. Since its inception in 2010, The Lois and Richard Nicotra Foundation has awarded more than $325,000 to nonprofit organizations and scholarship recipients. They are also the trustees of their own nonprofit, Bloomfield Conservancy, which maintains and preserves the wetlands and surrounding area in the Corporate Park, including the median on South Avenue.

The couple’s love of food and philanthropy led to the opening of Common’s Cafe, located in the Corporate Park. The café’s premise centers around the late actor Paul Newman’s philosophy of creating a company that is completely built on giving away all of its profits. Their motto, “Eat Good. Do Good.”

Passionate about their life’s work, Richard says the best part of his job is in creating everything that surrounds them. Whether it’s enhancing the beauty of the South Shore, or traveling to places like Italy, Las Vegas, and Miami when designing Above, he continues to dream big. For Lois, it’s about the weddings and watching each bride transform the space into something special. “I love seeing how we’ve changed someone’s life.”

Up next for the couple? They plan to add another office building as well as renovate the existing Hampton Inn & Suites. They’re also in the design phase for a second, larger eatery that will follow the charity-driven model of Common’s Café.

Happiest together, the couple says that even though they are with each other almost 24/7, sometimes even that’s not enough! Together they have made it their life’s work to create a lasting legacy for Staten Island that, they hope, will continue beyond their lifetime.

To learn more about The Nicotra Group, visit NicotraGroupOnline.com.

#BELLATV: Ask the Doctor with Dr. Aviva Preminger – Your Health After Breast Augmentation

Israeli Photographer Finds Beauty And Inspiration In A Pandemic