From flying above ancient ruins in Myanmar to blessings by monks in Cambodia, Andrew Carroll, global head of sales and marketing for bespoke tour operator Exotic Voyages has put together a bucket list travel guide on where to be in Asia over the next five months. 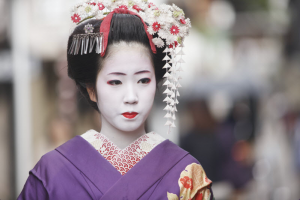 Glimpsing a trainee geisha as she shuffles along the classic alleys of Gion feels a bit like experiencing time travel. Actually meeting with a trainee or a geisha brings the experience to an entirely different level. Head there in mid-August to see one of these entertainers along with another cultural phenomenon, Daimonji, where five huge fires shaped in kanji are lit on mountainsides encircling the city. The massive bonfires mark the end of Obon, a three day festival where it is said that the spirits of ancestors return to the earth.

September – Light a Lantern in Hoi An 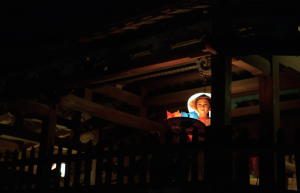 Much ritual revolves around the full moon in Asia. Each month in Hoi An, when the moon reaches this pivotal phase the Old Town transforms under the glow of thousands of lanterns. The main river that snakes through the UNESCO World Heritage site becomes awash with flickering lights and sampans that ferry tourists and locals alongside the lights. In September the event is set for the 4th and starts at dusk.

October – Honor a Guru in Bhutan 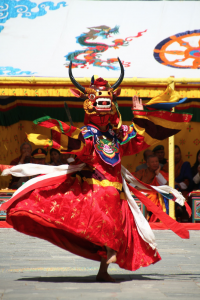 Crisp clear days and the celebration of Thimphu Tshechu, one of Bhutan’s most majestic festivals, make a trip to the country’s capital a must in October. Monks donning elaborate masks and vivid, colourful garb perform traditional dances in honour of Guru Rinpoche, a Buddhist master who brought the religion to Bhutan in the 8th century. From Sept. 30 – Oct. 2, throngs of locals and travellers descend on the city’s numerous dzong (fortresses) to watch the captivating performances.

November – Bag a Balloon over Bagan 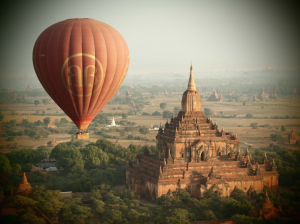 Over 2000 temples, stupas and pagodas stud the ancient plains of Bagan. For the best vantage point take to the sky and gently float above the otherworldly landscape in a hot air balloon. The season runs from October through April, with the busiest time (and priciest) over the Christmas holidays, making November the sweet spot for this once-in-a-lifetime experience. 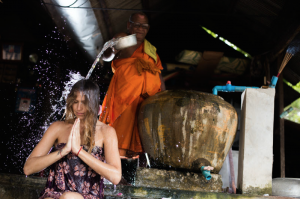 With the weather cooling and the rains now halted, December is the prime time to visit Cambodia. Angkor Wat tops many bucket lists but there’s more to do in Siem Reap beyond the ancient ruins. Visit a local pagoda to take part in a Buddhist ceremony where you’ll receive a blessing from a monk for safe travel, luck, and a long and happy life. What better way to get a head start on 2018.

Take a breath on Mother’s Day