With careers on the rise, these entertainers are making a name for themselves in a business where the competition is fierce.  From movies to TV, their persistence, dedication, and a love for their craft have led them to pursue their dreams in Hollywood. Being in the public eye is not easy, but this next generation of talent seems to be handling it all in stride. With an impressive list of works to their name, the future of BELLA’s Hollywood hot list is bright … 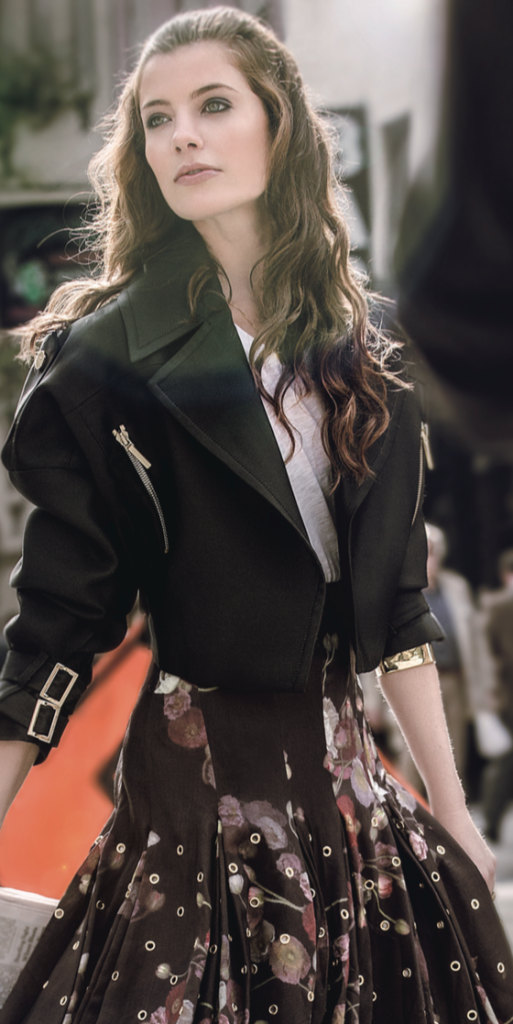 With a slew of TV roles under her belt, actress Devin Kelly is currently starring in her favorite role to date as the multi-dimensional, independent, and intelligent Dr. Maggie Langston on ABC’s hit drama “Resurrection.” Dealing with the return of loved ones who’ve passed on, the actress says that if returning were actually a possibility, she’d love to see her grandmother who died when she was just a baby.

Family is important to the actress, so it’s no surprise she loves to head home to Minnesota and spend time at the lake behind the house she grew up in with her family and chocolate lab. These days, Kelly calls the west coast home and says it’s definitely mellowed her out.

“I’ve been able to find the balance between working really hard and enjoying everything around me,” she explains. The actress also finds peace in practicing yoga and is starting the new year off with a trip to India. She’ll spend some time at a yoga retreat then travel around and “soak up as much as possible.”

Kelly’s big break came in 2011 with a role on the short-lived crime series “Chicago Code,” which enabled her to walk away from a waitress job and never look back. While her career is on the fast track, the bright young star is clear that not much has changed. The only difference, she says is getting paid to do what she loves. “For that, I’m extremely grateful.” 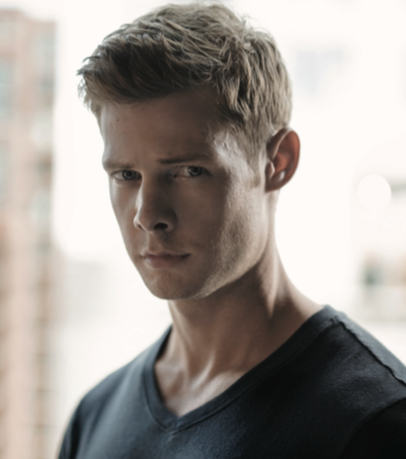 After 21 hours on set for a one-liner on the hit remake series “90210,” actor Brandon Jones had a bit of a rough introduction into the world of acting. But the North Carolina native didn’t let that deter him from forging ahead to pursue his dream.

Since arriving in LA in 2009, Jones has been acting steadily with roles on hit shows like “Law & Order: LA,” “2 Broke Girls,” “CSI: Crime Scene Investigation,” “Pretty Little Liars,” and “The Fosters.”

One of his noteworthy experiences was portraying Ted Danson’s son on “CSI,” an experience he describes as “amazing and a bit surreal.” Another was auditioning for Tina Fey – it was his “first real pinch-me moment,” he says. Although the series didn’t get picked up, he got a second chance to work with funny woman Fey on her new NBC comedy, “Unbreakable Kimmy Schmidt,” which will be premiering later this year.

Passionate about traveling, Jones enjoys visiting new places and meeting new people, something he says is his favorite thing about living in LA. “It’s a place where everyone is from somewhere else and has an amazing story to tell. It’s fascinating to hear how people ended up here.”

When he isn’t working, the actor enjoys making music. He has been singing and playing the guitar since high school. To him, a perfect afternoon is sitting down and writing a new song.

With the start of the new year, Jones is super excited and motived for the upcoming pilot season. “After getting a taste of what it’s like to work with Tina Fey, I feel like I have a fire lit beneath me!” 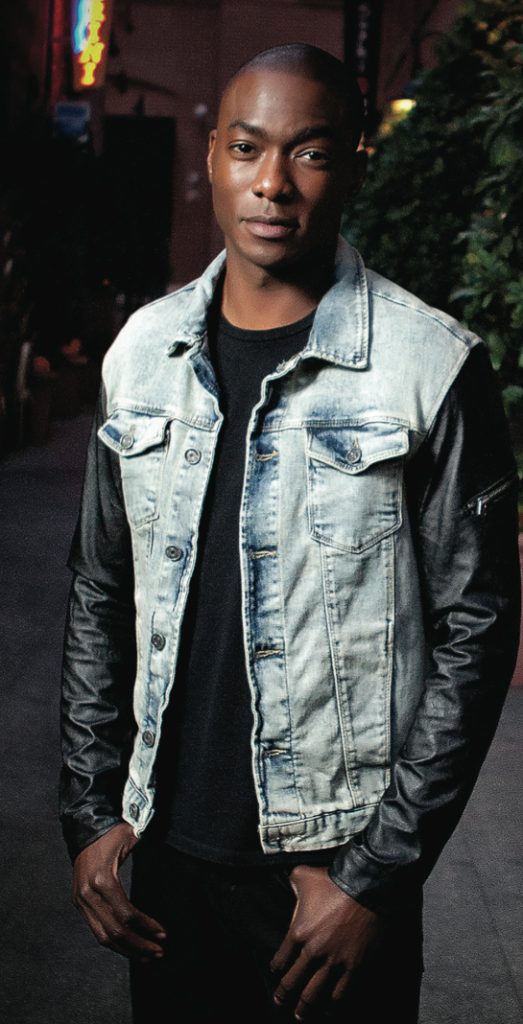 As an actor, B.J. Britt has found that no matter what type of character he portrays, the experience is always challenging, which makes him better at his craft. “They’ve all been different from one another so it’s hard to choose a favorite,” he says.

His first foray into the business was a role in a church play in his native North Carolina. Bit by the acting bug, the future star would go on to appear on such TV hits as “Bones,” “Vampire Diaries,” “Cold Case,” and “Sons of Anarchy,” and films like “Peaceful Warrior,” “Transfer,” and the upcoming thematic spin-off of the original 1999 film, “10 Things I Hate About You.”

Currently Britt is staring in the ABC show “Marvel Agents of S.H.I.E.L.D.” While he wasn’t into the comics growing up, once he nabbed the role of Agent Triplett and starting doing his research, Britt realized what he’d been missing out on.

In addition to his gig on ABC, he’s also co-starring alongside the beautiful and talented Gabrielle Union in the BET series, “Being Mary Jane.” He plays the younger brother to Union’s character and says he has great admiration and respect for his co-star.

“She’s not only fun to work with, but has such a passion and a raw talent for what she does. It’s an incredible experience to play alongside of her.”

In spite of all his success, the talented young actor is a family man at heart and credits his older sister Tosha as someone he looked up to growing up. “Not only is she inspiring, she’s incredible and a beautiful woman all around.” 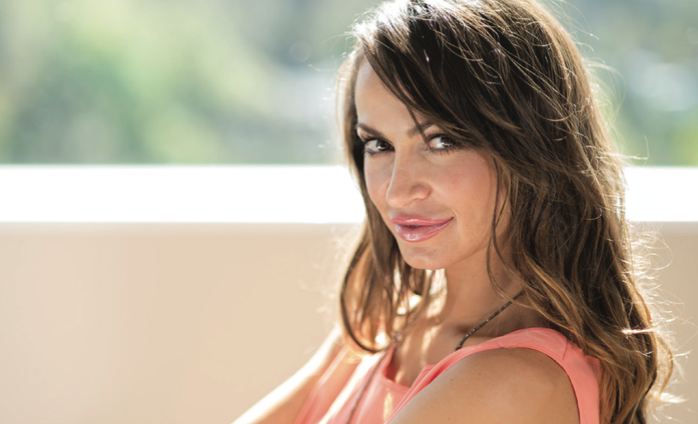 Week after week Karina Smirnoff dances her way into living rooms across the country on “Dancing with the Stars.” For the past 10 years, viewers have watched her wow them on the dance floor and in season 13 bring home the mirror ball trophy with her then-partner, actor and former Army veteran JR Martinez. She describes the experience as being “better than she ever imagined.”

An only child, the Russian-born dancer and her family immigrated to the states just two days after her 14th birthday. Settling in the Bronx before moving to Brooklyn, Smirnoff is eternally grateful to her parents for leaving behind their life so she could pursue her dreams. She originally planned to study law but took a leave of absence from college when the opportunity to dance and compete professionally arose.

Currently living in LA, Smirnoff loves the place she now calls home but admits it was a bit of a shock when she first arrived. “Both NY and L.A. have their own unique qualities; in a perfect world I’d have a home in both!”

When she isn’t working, the self-described homebody enjoys cooking, watching her favorite TV shows, and just hanging out doing normal, ordinary things. “Although I’m only 35 I feel like I’ve lived a long life,” says the star.

Passionate about love, life, and ambition, the hardworking beauty enjoys what she does and is having the time of her life. Up next fans will see a different side of Smirnoff when she joins “Dancing Pros: Live” on tour as one of the judges. Humbled by all she’s attained, her greatest accomplishment is the “pride and approval” of her parents. 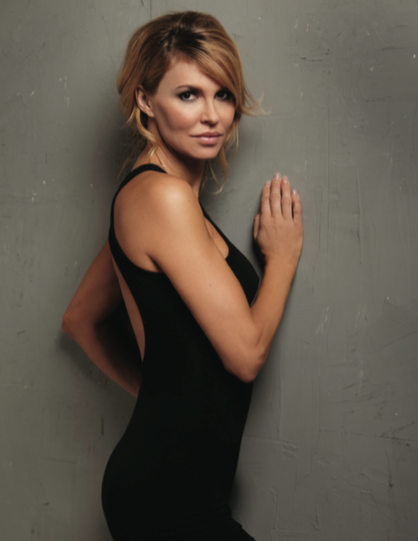 Set amongst glitz and glamour, television personality Brandi Glanville is widely recognized from the hit show “The Real Housewives of Beverly Hills” (RHOBH). But there’s more to the outspoken and upfront beauty than meets the eye. A former model who has traveled extensively to such places like Sardinia, Rome, Japan, and Holland, Glanville is also a New York Times bestselling author.

This month she’ll add “Celebrity Apprentice” to her resume when she joins the seventh installment of the popular series. In addition to trying to raise money for charity, Glanville is looking forward to watching with her two sons because it’s more of a “family-friendly” show.

A fan favorite on RHOBH, this single mother is constantly in the public eye but doesn’t regret being a part of the hit franchise; she believes it’s been “life-changing” and “saving” for her and the kids.

After enduring a very public divorce, Glanville turned to writing; She’s published two books and is currently putting together a proposal for a third. The experience of writing is “cathartic,” she says, noting that her second book was a lot easier to write. “I was over the heartache and anger and now sharing my stories about looking for love after divorce.”

While her experiences are relatable for many single parents, she admits it can be challenging at times but credits her amazing friends for always being around to help out in a pinch. “I am blessed.” 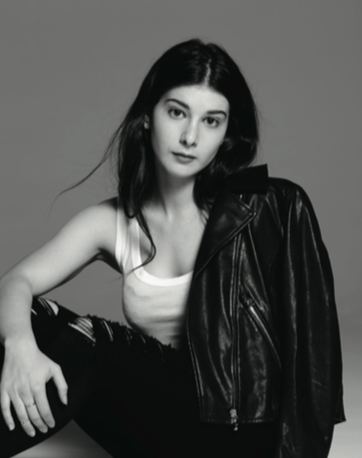 An actress since she was just 6 years old, Kathrine Herzer has grown up on-screen in television and feature films, appearing alongside such names as Brad Pitt and Angelina Jolie in “Mr. & Mrs. Smith” and Ashton Kutcher and Amanda Peet in “A Lot Like Love.”

These days the LA high school senior is acting alongside Tea Leoni and Tim Daly on the CBS hit show, “Madame Secretary.” Working with such amazing and seasoned actors, Herzer feels extremely lucky to be a part of the cast.

“I’m learning so much. It’s the opportunity of a lifetime to be able to work with incredible actors.” She cites a particular moment during a table read in which she first met Bebe Neuwirth; nervous and a bit scared, the actress admits the star couldn’t have been nicer. “Thinking about it still leaves me a little speechless,” she explains.

When she’s not working, Herzer is a typical teen; she loves watching movies, especially those that have won Academy Awards. “Watching an amazing movie with a great director or actor is so inspiring.”

With only a few months left until graduation, the young actress plans to attend college and continue working. “My education is really important to me,” she says. Also important is the non-profit organization, The Climate Reality Project, for which she serves as a climate reality leader, helping to inform people about the climate crisis.

Passionate about everything she does, Herzer describes herself as someone who dives wholeheartedly into the things that interest her, whether it’s her career, her education, or the organizations she supports.