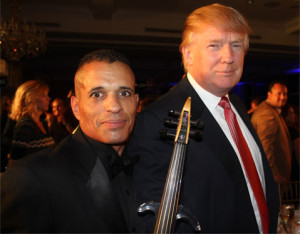 Lorenzo formed his own group of New York City musicians called Masterpiece, after several years of working in California with Sheila E., . Laroc uses his signature trademark: a custom made five string plexi-glass electric violin/viola. Laroc plays his instrument with intensity and passion which expresses not only his musical versatility, but also his deep love and commitment for what he does.

He hopes to bring the electric violin to a popular audience and touch the hearts of listeners worldwide.

Crystal Inspirations for the month of June, The Season Of Love