Have you made a new year’s resolution to read more? So have we! We’ve loaded up our to-be-read shelves with some great reads, including these titles, which actually have us looking forward to getting snowed in this winter! 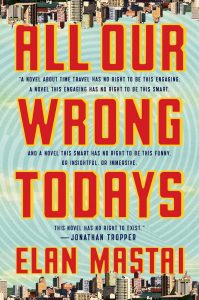 “All Our Wrong Todays” Elan Mastai (Dutton)
Imagine if the future proposed by “The Jetsons” came to fruition. That’s what happens in this novel’s version of 2016, where Tom Barren finds himself utterly out of place amidst a techno-utopia. Through a time-travel misadventure, Tom winds up in the “real” 2016—that is, the world in which we, the readers, actually live. The life we know, however, appears to Tom as a dystopia. Despite his being stranded in our wasteland, Tom finds versions of his life—and possibly the love of his life—that will make getting back to his own 2016 harder than he thought. 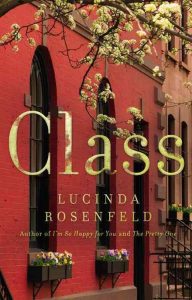 “Class” Lucinda Rosenfeld (Little, Brown and Company)
Karen Kipple doesn’t just believe in liberal ideals, she lives them. She works at an organization committed to feeding hungry children from impoverished homes, her husband also fights for causes he believes in, and she has chosen to send her daughter, Ruby, to a public school within their diverse Brooklyn neighborhood. When an at-risk student starts to bully Ruby and her classmates, Karen finds herself examining her bleeding-heart liberal conscience. This satirical novel will have you thinking about your own values amidst society and its hypocrisy. If you belong to a book club, consider adding Rosenfeld’s book to your roster—it will make for great discussion. 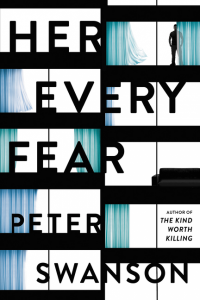 “Her Every Fear” Peter Swanson (William Morrow)
Kate Priddy admits she’s a bit neurotic. So when she swaps her London flat for a holiday at her distant cousin Corbin’s apartment in Boston, she tries not to focus on the fact that Corbin’s next-door neighbor was murdered. But when the police start to question Kate about her cousin and the quiet neighbor who lives across the courtyard, she begins to think her trip to America may have been a bad decision. With a plot that has been compared to an Alfred Hitchcock thriller or a Patricia Highsmith novel, Peter Swanson’s newest read will keep you on the edge of your seat. 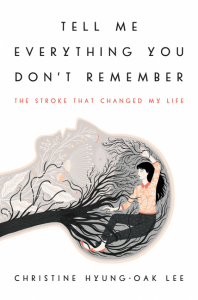 “Tell Me Everything You Don’t Remember: The Stroke That Changed My Life” Christine Hyung-Oak Lee (Ecco)
On New Year’s Eve 2006, 33-year-old Christine Hyung-Oak Lee suffered a massive stroke, leaving her with only short-term memory. In the 22 months that followed, the writer took to her notebook, jotting down whatever she could remember to reconstruct memories of her life, her work, her marriage, and, ultimately, herself. This memoir, based on Lee’s article that went viral on BuzzFeed, is a multilayered chronology of her life that may surprise readers with its candidness and—of all things—humor. 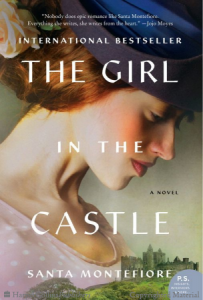 “The Girl in the Castle” Santa Montefiore (William Morrow)
The Deverill Chronicles trilogy is set in Ireland over the course of the 20th century. In this first installment, we meet Kitty Deverill of Castle Deverill, where her Anglo-Irish family has lived for decades. She is fiercely devoted to her Irish-Catholic friend Bridie, the cook’s daughter, and Jack, the vet’s son, who is always quick to remind Kitty she isn’t 100 percent Irish. Kitty and Jack fall in love anyway, but that love is tested when the Irish revolt to overthrow British rule. And when Bridie discovers a secret Kitty has been hiding, she discovers she is harboring a growing resentment toward Kitty and her life of privilege. Love, loyalty, and friendship are the major themes of this book, which will have readers eagerly anticipating the release of the next two in the series.

Santa Montefiore Takes on a Trilogy
It’s challenging to write a novel, let alone a trilogy. But British author Santa Montefiore has proved she is more than up to the task.
“I think challenges are a good thing,” Montefiore says. “I rose to this one, believing I could do it and ignoring the little voice in my head that told me I 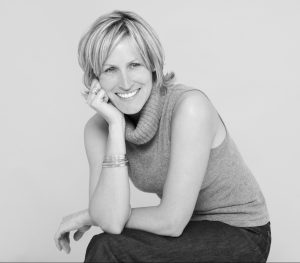 had taken on more than I could chew.”
The first book in her Deverill Chronicles trilogy, “The Girl in the Castle,” hit American bookshelves last fall to great fanfare, leaving readers eagerly awaiting the second and third books. The Deverill Chronicles are a sweeping saga reflecting the timeless themes of love, loyalty, and friendship— themes she herself loves to read about almost as much as she enjoys writing about them.
“I adore reading books where the characters are challenged, where events throw terrible choices that test their love and their loyalty, where the choices they make have enormous repercussions,” Montefiore says. “As a reader, I want to feel torn—I want to cry when bad choices are forgiven, and friendship and love win out in the end.” 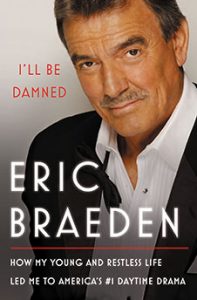 “I’ll Be Damned” Eric Braeden (Dey Street Books)
There’s a reason “The Young and the Restless” is America’s number one soap opera: those Genoa City denizens make for good television. As any fan will tell you, Victor Newman, played by Emmy winner Eric Braeden, has made it easy to stay riveted five days a week for more than 35 years. Now, Braeden steps out from behind the character that made him famous and tells his own story, from his early days in Germany during World War II to his climb to stardom in daytime television.