From a history of women who truly rock to an author empowering a generation of women who are childless, this spring is all about strong and inspiring women. 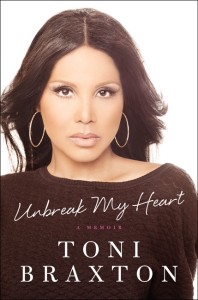 “Unbreak My Heart” • Toni Braxton
Toni Braxton is best known for her musical prowess that has led to the sales of more than 60 million records, six Grammy Awards and a WE TV reality show, “Braxton Family Values.” But behind the accolades of her music career is a woman who has lived through two bankruptcies, a hard divorce, an autism diagnosis for her son and a lupus diagnosis for herself. In this new memoir, slated for release on May 20, Braxton opens up about how her personal decisions have impacted her life – from health to family to career. It’s a story of challenge and healing – and one that fans will love to dig into. 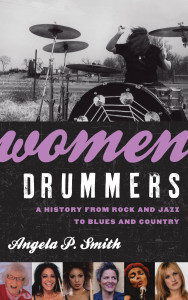 “Women Drummers: A History from Rock and Jazz to Blues and Country” • Angela Smith
Quick! How many female drummers can you name? While the drummer position in bands everywhere is a largely male-dominated thing, women have been making waves with their percussion instruments for years. This book by Angela Smith explores the world of women drummers who’ve broken barriers and overcome discrimination. Forget the guys, these lady drummers rock. This new bookhit stands on April 16. 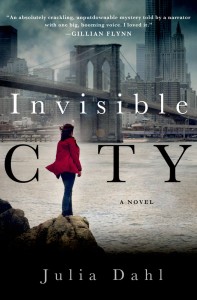 “Invisible City” • Julia Dahl
Crime reporter Julia Dahl weaves a story of a hushed society within a society in “Invisible City,” her debut novel. Freelancer Rebekah Roberts is a stringer for a New York tabloid who finds herself covering a murder in the super secretive ultra-Orthodox community – the same community that her mother who abandoned her as a baby came from. She is drawn in to the investigation by a detective, who is also Orthodox and knew her mother. The gripping story will grab you and take you into a world where laws are ignored in favor of tradition – and where the murder of a mother could be swept under the carpet. 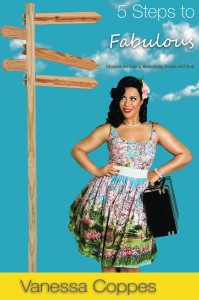 In this book by BELLA’s own director of marketing, you’ll hear her candid share of her journey toward grace. Her book, “5 Steps to Fabulous,” is not just a guide for looking and feeling your best everyday, it leverages humor, spirituality, radical self-love and authenticity to invigorate an abundance of lessons for women who want to live purpose-filled lives while rocking red lipstick. Coppes will make you cry, laugh, and – most importantly – accept and embrace the awesomeness of the beautiful being you are. 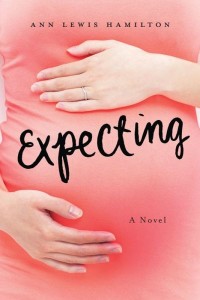 “Expecting” •  Ann Hamilton
This fiction debut from an Emmy-winning screenwriter, takes the concept of “It’s complicated” to the nth degree. Laurie and Alan turn to fertility doctors to help them conceive a much-wanted child. However, something goes wrong and the baby is created using the wrong sperm. The father? A college junior who is short on funds, studying for finals and managing his fraternity life while juggling two girlfriends. Written by an Emmy award-winning screenwriter, this fiction debut looks at what parenthood really is. 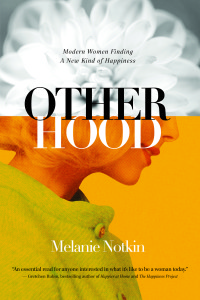 “Otherhood”: Melanie Notkin
It’s important to remember that there are many reasons some women don’t have kids. “It’s true that there are many women who have chosen to remain childless and some who don’t want a relationship. But we can’t assume that is true of all these women,” explains Melanie Notkin, author of this new book that examines a societal shift in which more American women are childless than ever before. “Love is often out of our control.”  In “Otherhood,” Notkinshares the truth about her own life – why she’s childless, and how she really feels about it.

Childless – Not by Choice

Motherhood is a concept often explored in books, blogs and TV shows, but Melanie Notkinhas been on a quest to create a space ideal for non-moms – the women who, either by choice or circumstance, haven’t procreated. The New Yorker founded SavvyAuntie.com in 2008 as a place for women without kids to get the resources they need to be the best aunties (and grandmas) they could be.

“When it came to things they loved the most, I was really at a loss. I felt there was real opportunity to give these women real resources that they deserved,” says Notkin.

Now, she’s opening the door to the truth that being childless isn’t always a choice. In “Otherhood,” Notkin reveals her own story.“It’s assumed that we are all childfree by choice. That is not true. There is no sympathy for our disenfranchised grief – for having not found love,” says Notkin.

The book is not only a story of heartbreak though – it’s also funny and sexy, says Notkin.“’Otherhood’ became even more personal because it’s not only my experience in the role that I play with my nieces and nephews but it’s also the story of my life. I found that when I was able to share my experiences with my readers, they would then share with me.” 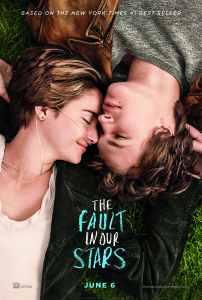 Movie Alert: The Fault in our Stars

The tragic realism in John Green’s “The Fault in Our Stars” gripped many a reader since it debuted in 2012. Now, this book that follows the tragic love story of two teenage cancer patients is in theatheaters.

Hazel Lancaster (Shailene Woodley) and Augustus Waters (Ansel Elgort) meet at Cancer Kid Support Group that she’s forced to attend. She has Stage 4 thyroid cancer. He has lost a leg to osteosarcoma. With wit and apprehension, they fall in love. Their journey is honest, raw and emotional – but full of humanity too.

Willem Defoe also stars – as the alcoholic author of a novel both Hazel and Gus love. You won’t want to miss this June 6 release (bring lots of tissues!).