Just as you must sit with a painting for a while, before you can understand it or appreciate its perspective: I sat with Olivier Widmaier Picasso at Sofitel New York before the big “REVEAL”. We talked candidly about what sparked the desire to curate the exhibit REVEALED, the Picasso legacy, his own path and how to find love in the city. 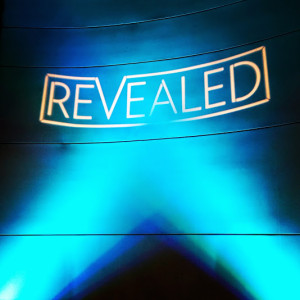 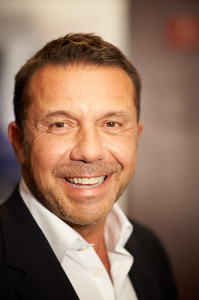 Surrounded by photographs of Pablo Picasso and a stack of Olivier’s published biography of his late grandfather “Picasso: Portrait Intime”, I first asked…

“Art washes away from the soul the dust of everyday life. So at REVEALED tonight, what do you think this exhibit washes away? “

Olivier explained, that REVEALED washes away traditional expectations, by showing “creation in progress” within these artist’s studios. He further explains the challenges, of both handpicking the photographs from Paris-Match Magazine and how to present them to the public. I found it fitting when Olivier said his grandfather is…

“Always somewhere you don’t expect him to be.”

And with such great notable 20th century artist represented in thirty photos, including the Pablo Picasso: Bella did not expect to find him at Sofitel New York. A museum would be traditional, but this is not a traditional exhibition. The collaboration between Olivier Picasso and the luxurious French hotels of Sofitel, was a perfect match…an intimate setting for an intimate look into the lives or artistic geniuses like Magritte, Pablo Picasso and today’s Jeff Koons.

When asked by Dominique Colliat, Sofitel Vice President of Hotel Services for North and Central America and Caribbean, asked which photograph was my favorite: I ushered her to the photograph of Kees Van Dongen painting Brigitte Bardot, five years before she was discovered. Her facial expression invites you to ponder the moment, the artist and his inspiration. As the viewer, aware of its intimate depths… the photograph becomes larger than the personalities. We realize there is so much to be gained by this rare look into the artist… once only available through text books, museums or even tabloids. 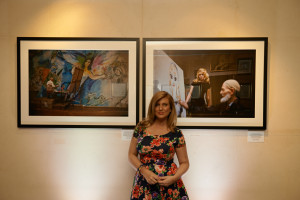 What I learned: is that it takes a steady hand and mind to withstand the remarks of the media and focus on the medium. And that talent outweighs the judgments, with positive images of remarkable people. I found nothing but light and love for all artists present. And as a former professional ballerina: I gained a new appreciation for the Pablo Picasso… as he stood before me in third position, next to his last muse Jacqueline Rogue. It is said she saved him from a life of loneliness. Tonight Pablo Picasso was saved by his grandson Olivier Widmaier Picasso: with a traveling exhibit REVEALED. We now not only know the women of Picasso… but the men and art of persuasion behind the curation REVEALED. 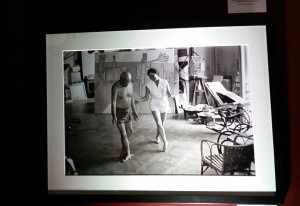 The exhibit will travel to five Sofitel locations: next being Washington D.C. (August-October) and then Chicago (November -January), Montreal (February-March), and finally LA (April-June): making it accessible to a vast audience. Sofitel celebrates 50 years as a luxury hotel and icon of French culture. After introducing the exhibit REVEALED, Olivier celebrated his very own birthday as he blew out candles on a masterpiece of frosted cake.  I wanted to ask what he wished for: but I think that is evident in this passion for saving the essence of his family name. What I did get a chance to ask, and with good reason due to the Picasso lineage of great loves:

“Now they say that love makes the world go round… How would you recommend that singles in the city here find love?”

“I discovered with time it’s a very good way to find love by going to museums. Because in fact, every visitor, a woman, a man, can be in front of an art work and experience a moment of emotion. And I think that there is a right moment to capture the attention of someone: by exchanging about the art work, the painter or about the person. And maybe, is a good to start with this location and finish with drinks”. -Olivier Widmaier Picasso 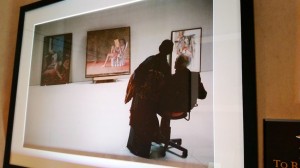 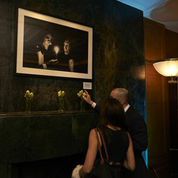 Well Bella Readers, I think Olivier Picasso might have the answer to finding love… and I believe his grandfather Pablo Picasso loved in a way that modern society can appreciate through the honest and intimate photos at REVEALED. To learn more about REVEALED, Pablo Picasso and his astute grandson Olivier Widmaier Picasso… you can view the full interview by Boston Scarlette on BELLA TV.

The REVEALED exhibit will be on display at Sofitel New York until August. For more details and to book accommodations, please visit Sofitel New York. Also, I would love to know which photograph is your favorite…tweet me @BostonScarlette!