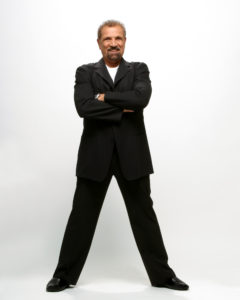 The 1960s ushered in an era of prolific and profound music, the likes of which have not been duplicated ever since. Perhaps most widely known for the British Invasion — ignited by the Beatles, Rolling Stones, the Kinks, and others — the music of the sixties continues to captivate audiences of both baby-boomers and younger generations throughout the world. These songs resonate with all age groups, and the music can be found everywhere today, from TV commercials to movies and YouTube.

Despite the onslaught of artists from across the pond, American bands produced some of the most memorable music of the decade. The Young Rascals, who ultimately became simply “The Rascals,” led the charge by releasing mega hit after mega hit.

Known for their “blue-eyed soul” Rock and Roll, they climbed to the top of the charts in 1966 with Good Lovin, a catchy three-chord melody that set the tone for bigger and better things to come. Led by Felix Cavaliere, who not only possessed one of the most expressive voices of the era but also wrote or co-wrote the majority of hits, the Rascals charted on several other occasions with such classics as Groovin, People Got to Be Free, A Girl Like You, A Beautiful Morning and How Can I Be Sure? Time Peace: The Rascals’ Greatest Hits, shot to number one on the album chart and became one of the best selling albums of the year.

The band received the highest of accolades by being inducted into the Rock and Roll Hall of Fame in 1997. All four original Rascals reunited a few years ago for their “Once Upon a Dream Tour” which received rave reviews from adoring audiences.

Felix Cavaliere’s Rascals 50th Anniversary Tour is set to stop at the Wellmont Theater in Montclair, New Jersey on Saturday, May 21 at 8 p.m. The Zombies, of British Invasion fame, are also scheduled to perform.

Cavaliere’s message has always been about peace, love, and happiness. It has served him well. In addition to the Rock and Roll Hall of Fame, he has also been inducted into the Songwriter Hall of Fame, Vocal Group Hall of Fame, and Grammy Hall of Fame. Not bad for a pre-med major from Pelham, NY.

BELLA NYC recently conducted an interview with Cavaliere who spoke about his illustrious past, his present tour, and his plans for the future.

BELLA NYC: When did you decide that perhaps you could make a career from your musical talents?

I never really made a conscious decision about that. I attended Syracuse University as a pre-med student, and also started playing in a band during college. I was trained to play classical piano as a kid so music was always a big part of what I did. I played at clubs in the Catskills during the college summer break and things just took off from there. I wound up playing throughout Germany and Sweden as part of the opening act for an upstart band called the Beatles. They were highly influential for me as I realized that I might be able to make a career out of music.

BELLA NYC: How did the Young Rascals form?

I met Eddie Brigati at a club in New Jersey and realized that he was a better singer than the acts that came into the club. He came on board as did guitarist Gene Cornish and drummer Dino Danelli, both of whom were very talented musicians. The first day that we rehearsed together I knew we had something very special.

BELLA NYC: How do you go about writing a song?

I write the music first, always, then the title, the chorus and eventually I try to tell a story with the lyrics. The Beatles actually opened the door for a lot of songwriters by delving into different styles of music. They were always raising the bar. They wrote “Michelle” so I wrote “How Can I be Sure?” I also became insistent on producing our music in order to control the quality and sound.

Absolutely, it’s such a gift. I’m now celebrating my 50th anniversary in music and I am as busy as ever with tours in Japan and elsewhere around the world.

BELLA NYC: Why is the music of the sixties so enduring?

People feel a very strong connection to the music. It evokes feelings in them and takes them back to a special place in time. Today’s kids are so distracted by the Internet and Facebook that music doesn’t have the connection it did for us. In many respects we communicated through music. That’s not happening today.

BELLA NYC: What do you think about today’s music?

Certainly there are some talented artists out there. However, the music of today is a business first and foremost. The corporations have taken the spontaneity out of the music. There are few bands today because everything is a production. The music is dictated by technology.

BELLA NYC: What are your future plans?

I currently reside in Nashville and will continue writing and producing music. I am now working with some very talented people.