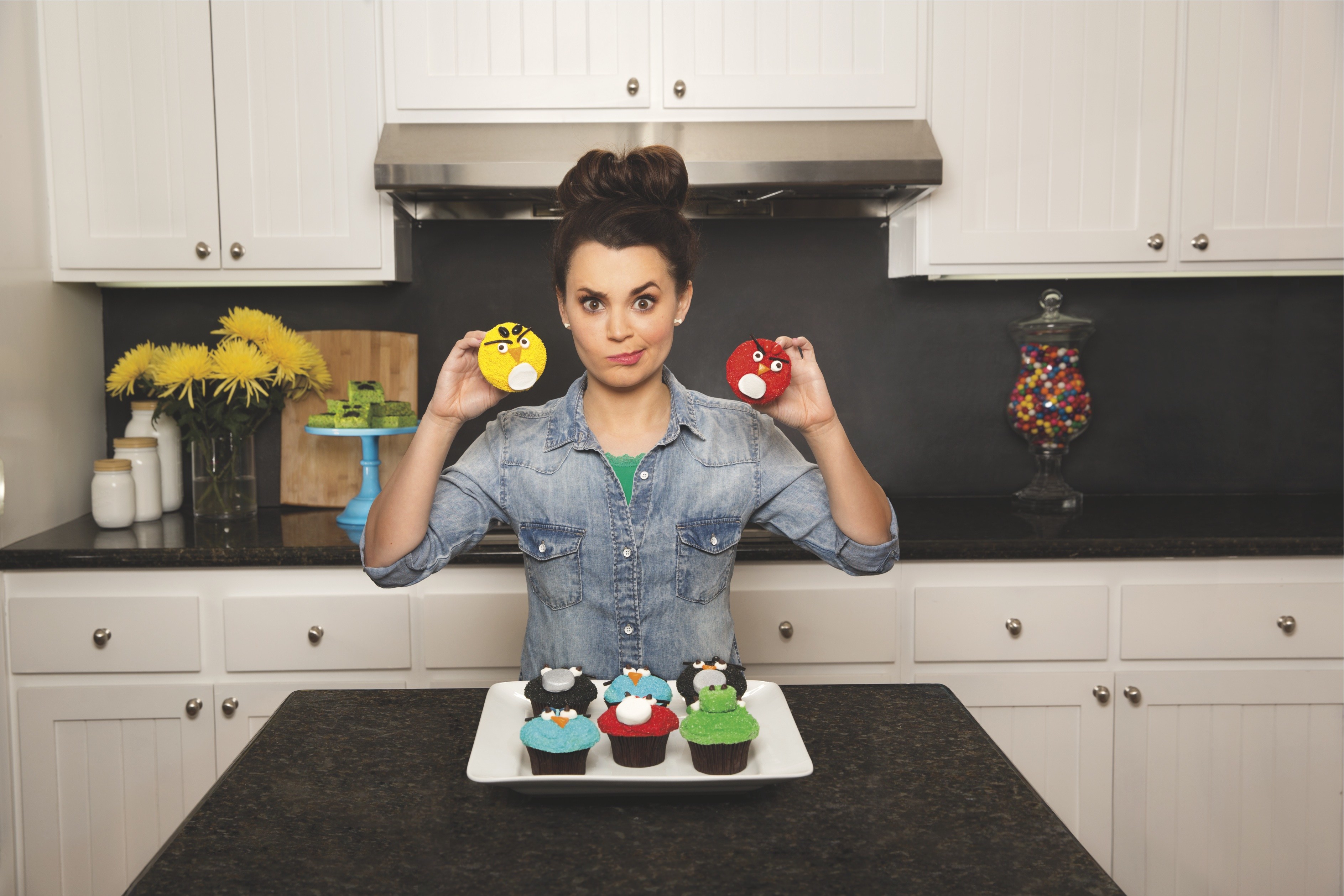 Fans will Flock to meet the “Nerdy Nummies” host, pose with Stella, and enjoy one of the 1800 FREE Limited Edition Angry Birds Cupcakes (while supplies last)

In just two years, YouTube creator and host Rosanna Pansino, has garnered over 200 million views for her channel, “Nerdy Nummies.” Combining two of her passions- geeky pop culture and baking- Ro has over 1.5 million fans who tune-in each week to cook along with her and learn how to create her tasty treats. One of her most popular videos to date is the Angry Bird cupcakes (over 15 million views).

Although a member of the original Angry Bird flock, Stella is now breaking out on her own. She may look cute and cuddly, but don’t underestimate her – she has a feisty personality and a blazing-hot temper. Sweet on the outside and fierce on the inside, the adventures of Stella and her friends will debut in the fall of this year.

In honor of one of her favorite games, and most popular “Nerdy Nummies” videos, YouTube host Rosanna Pansino is celebrating the launch of the new Angry Birds Stella brand with a fun new creation. Along with a special new episode of “Nerdy Nummies” (where Stella makes a guest appearance and helps Ro make delicious cupcakes that look like her), Ro will appear at the Little Cupcake Bakery, along with Sous Chef Stella, to meet fans and hand out free limited edition Angry Birds cupcakes to the first 1800 people.

Written By
BELLA Magazine
More from BELLA Magazine
By Jarrod Thalheimer The ability to affect the attitude, emotions, and even...
Read More