Searching for an engagement ring used to be a similar experience regardless of taste or budget. Couples would go to their local jeweler or chain store to browse stones and available settings. Perhaps they would purchase the stone and setting from the same jeweler, or acquire a stone separately and then have it customized with another jeweler’s setting. It was all about paying attention to the 4Cs: cut, clarity, color, and carat. That seemed to matter more than where the diamond was from, or the obstacles it took to procure it.

In the end, women enjoyed beautiful rings. When they showed them off, though — well, that was pretty much the same old story. Nice ring, but nothing new.

Devotion Diamonds is changing all that.

This Long Island-based jeweler prides itself on its responsible sourcing, custom designs, and customer-centric experience. Its goal is to set a new standard in the industry. Not only are the diamonds and rings at Devotion Diamonds distinctive, the detailed methods this jeweler uses are turning heads and shifting the industry for the better.

At the flagship location in the Roosevelt Field Mall, shoppers will not find endless glass cases packed with rings available at other nearby jewelers. Instead, customers are paired with a consultant in their own private room to begin viewing options. They are offered champagne and strawberries to celebrate the experience, but that’s just the beginning of the indulgent shopping experience. The diamonds take center stage, as does the Devotion team’s ability to connect with and educate customers on all the options and possibilities.

Diamonds sparkle, but how Devotion produces them is what truly shines. 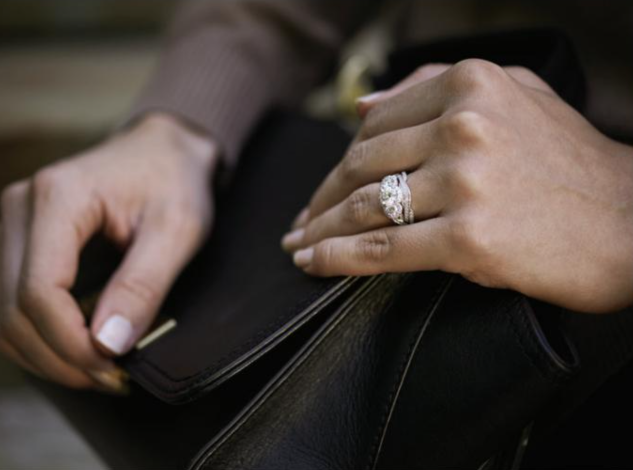 Devotion recently launched a partnership with The De Beers Group of Companies: Devotion with Forevermark. De Beers owns the Forevermark brand, which has established a new industry standard in diamond sourcing. In fact, less than 1 percent of the world’s diamonds are eligible to be designated as approved by Forevermark. This means that every Devotion diamond is a true gem.

In fact, every diamond sold at Devotion has a higher level of grading in cut, color, and clarity than what was formerly established within the industry. Devotion goes beyond the 4Cs to provide stones that are the best of the best. Detailed grading reports and serial numbers are inscribed in the diamonds to show their authenticity — a signature Forevermark practice.

Obtaining Forevermark’s stamp of approval is a testament to the quality of Devotion’s products, which have been sold at its flagship location in Long Island for the past five years.

Perry Sporn, president and CEO, splits his time between Vermont and Long Island, where he and his family have many businesses and deep ties to the community. He started his company in New York City four decades ago, and as the company has grown and expanded, it was important to Sporn that Devotion pay homage to its roots and operate the headquarters locally.

“We could have gone anywhere in the world, but Perry had a vision — he wanted Devotion’s story to start here on Long Island,” says Jevan P. Fox, vice president and brand manager.

Devotion is independently owned and operated, and pays special attention to diamond sourcing.

“We track the path those diamonds travel 100 percent, from the mine to the consumer,” says Fox.

Devotion’s diamonds come from mines in Botswana. De Beers is headquartered there, and has contributed to the overall economy and quality of life for residents. Their work in the local communities, building schools and hospitals and boosting the economy, demonstrates all the good that diamonds can do, Fox says.

This diamond “pipeline integrity” is something that draws people to Devotion, compared to other jewelers and jewelry warehouses that simply peddle loose stones.

Truly One of a Kind

With diamonds so unique, it is only fitting that the actual rings are just as distinctive. Devotion did not want to just follow current trends, and though it was a bit of a risk to create original designs instead of going with the flow, Fox says it’s paid off tremendously. “Devotion is now its own brand instead of a diamond ring maker,” Fox says.

The company has four patented cuts and a seemingly endless array of styles to choose from that customers won’t find anywhere else. Some are sleeker, while others are ornate, but all of them are made for women who appreciate the finer things in life and care about the practices used to source them.

A single designer, who has been with the company for more than 25 years, crafts each ring. Notably, each ring concept starts from a pencil and paper sketch, and is then put into engineering software, where it is parametrically built. The rings are cast in Vermont and then finished in Montreal alongside master jewelers.

Carving a new path in the jewelry industry — from sourcing to design — is something that has clearly paid off, as Devotion customers flock to the jeweler for rings that are truly stunning. Each piece is custom-tailored to the center stone chosen and the customer’s finger for a cohesive, made-to-order fit. The end result: A premium-quality diamond meticulously positioned in an exquisite, custom setting. 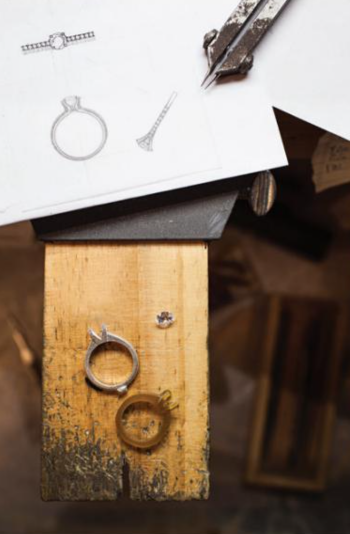 Fox hopes other jewelers will follow suit and relocate overseas operations back to North America — and specifically, to the United States. He knows from his experience with Devotion that it is absolutely possible to run a profitable jewelry company domestically.

“It speaks to what American-made goods can be,” Fox says.

Currently, there are about 10 locations selling Devotion with Forevermark on the East Coast — something Fox is eager to see grow as the company expands. This fall, Devotion with Forevermark will be sold in major cities across America, including Chicago, Los Angeles, Seattle, San Francisco, and Denver. Devotion’s website is also getting a brand new look to reflect recent changes and the Forevermark designation.

A Tradition in Fine Jewelry — Straight from Long Island

Back at the flagship location, private consultation rooms signal more than a luxury shopping experience.

“We view each prospective customer as a partner, so the Devotion experience is centered on finding out what matters to them, and educating them on their options,” says Fox. Of course, that involves letting customers’ imaginations and ideas run wild, and allowing them to view truly exceptional pieces of limited-edition jewelry. For the Devotion team, it’s also about providing signature, luxury engagement and wedding rings that are produced responsibly.

Regardless of where Devotion rings are sold, Fox says the company is proud to call New York home, and to bring recognition to Long Island.

Written By
BELLA Magazine
More from BELLA Magazine
Often referred to as the “Un-Hampton,” Shelter Island is true escape for...
Read More