With just a week away, the Hampton’s party feels more tangible than ever. All the planning and preparation are in their final stages. With the deadline in arms reach, one would think the office is rumbling with non-stop party prepping powwows. But, if one thought this way, they should be prepared to think again. In the offices at BELLA Magazine, we tend to think ahead of the game, way ahead; I am talking a month or so in advanced. As I enjoy these last weeks of summer, living and exploring the beautiful city, I know, and dread that it must come to an end. These beautiful summer days of August will turn to days of September, which I will be spending them in New Orleans, my home for the school year as I attend Tulane University.  Thankfully as I return down south, my warm August summer wont have to turn into a brutally cold September fall; the school year often brings upon high stress levels, but when the high stress coincides with high heat, I cannot be too disappointed. When the fall dawns upon the New York offices of BELLA, the temperatures outside may be low, but hopefully the stress will be kept equally as low with such an “ahead of the game” mindset— of course I wont be here to verify this, but I can aid in September magazine production starting right now.  I still get to feel a part of the September/October issue despite not being present in the office during those months.

You know that sensation you get when your eyes begin to trail off your computer screen, and stare blankly at the wall before you. This occurrence isn’t one that evades the offices of Bella, but in this circumstance, the reasoning I befall to staring blankly at the wall is because it is filled with features and pages from the Issue in progress. How can I not be distracted and consumed by the latest issue in the making when it is spread out, grid-like staring me in the face? This wall before me has been making quite the transformations. Early June, I remember this white wall transitioning slowly, becoming filled by the fashion, beauty tips, cultural experiences, and popular food that would coexist with the July/August summer months. The wall bloomed from bare and white to a colorful and exciting linear masterpiece. We call this page configuration a “storyboard”. I remember as I begun my BELLA journey, I was excited at the opportunity to read each page of the storyboard before the actual magazine issue was to become a hardcopy print. The mundane task of proofreading became a sublime opportunity to know the ins and outs of summer according to BELLA.

After the July/August issue hit stores, our storyboard was bare, but the thoughts and workings of the next issue were not nearly as undeveloped. The Arts & Culture, Style Report, Mind & Body and Beauty Scene sections were getting a fall makeover. After a few days entering the office only adorned by large posters of some memorable magazine covers, I was psyched to see the white wall begin to fill with scattered pages from sections of the Fall magazine issue. Once again, I was able to show excitement for the proofreading task, which really consists of gaining insight on upcoming trends and Fall book recommendations. My summer nears its ending as I prepare for the Hamptons party, but the Bella excitement won’t end there a for look forward to the completion of the September/October Bella issue and to hold a hardcopy of it in my hands. 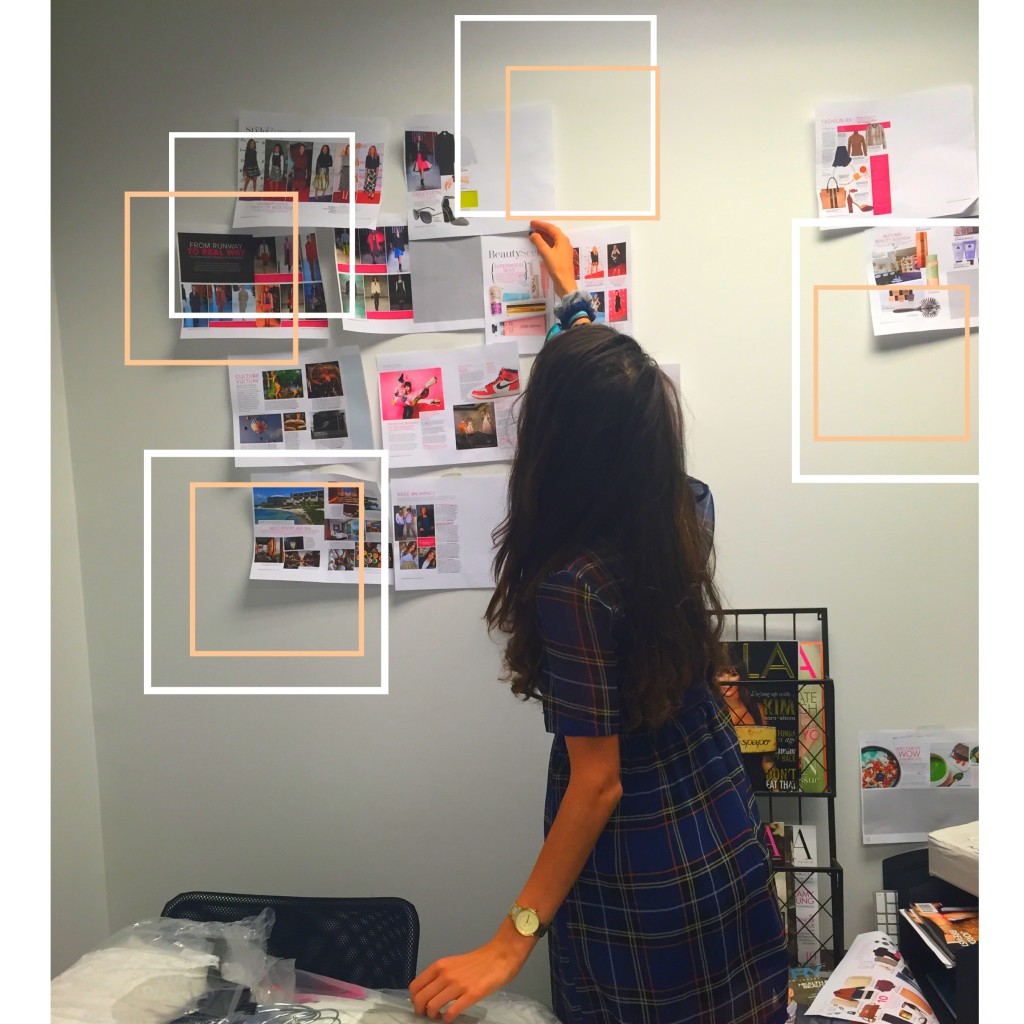