Once known as the “Honeymoon Capital of the World,” the Pocono Mountains of northeast Pennsylvania received their famous nickname shortly after World War II. As GIs returned to New York City’s harbor, they reunited with their intended, quickly married, and headed to resorts in the nearby Poconos for their honeymoons. 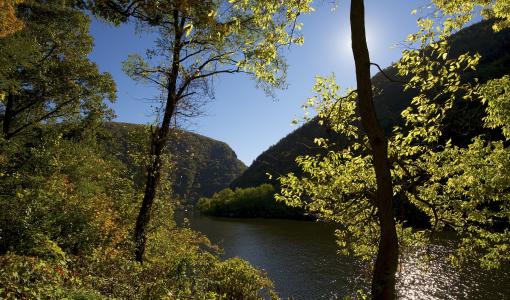 Today’s Poconos have evolved into more than a honeymoon haven and now annually attract over 20 million tourists who come to ski, golf, hike, ride rolling rapids, dog sled through snowy winter wonderlands and gamble. For many visitors, relaxing with a soothing cup of tea has become a favorite pastime and tea aficionados can discover several enjoyable respites at tea rooms, resorts and bed and breakfasts.

Nai’s Tea, Coffee & Collectibles serves an authentic afternoon tea reminiscent to those across the pond. In addition to an extensive choice of teas and coffees, the quaint shop is home to a variety of charming curios and heirloom China.

Proprietor Naira Kasparian emigrated from Armenia to New York City almost 30 years ago so she could explore the world beyond her hometown. She eventually relocated to the Poconos in order to realize her dream of opening a tea shop.

“I needed to get away from the hectic pace of the city,” she says. “The opportunity presented itself and I made the move.”

With 65 teas from which to choose, guests can reserve an afternoon tea setting that is personally overseen by Kasparian. Teas include all of the traditional brands along with such interesting blends as China Mutan White Tea, which is ordered directly from China. Pu-erh Tuo Cha Tea presents a rich and earthy flavor, while Oriental Spice Flavored Black Tea has a bold taste of cinnamon and orange. Yellow Tea, one of Kasparian’s prized teas, and White Tea are also available. “I like it when guests try one of our exotic teas,” she says.

Savory salmon, cucumber and cream cheese finger sandwiches are flavored with hummus and Kasparian’s secret seasonings. A variety of other sandwiches can be specially prepared upon request. Each is served on a lovely three-tier curate stand along with croissants, jam and other tasty sweets.

Along with local residents, a good number of tourists from New York City come in for the fine teas and the eclectic feel of the shop with its contemporary high tables and antique settees. “New Yorkers are used to afternoon tea so it seems that they really appreciate the chance to experience this while on vacation,” Kasparian explains.

Written By
Roger Sands
More from Roger Sands
There’s nothing quite like the rush skiers experience as they make their...
Read More