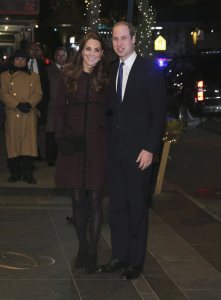 Prince William and Kate have arrived in New York in what has been the most anticipated royal visit since the days of Diana. A scheduled British Airways flight arrived at John F. Kennedy International Airport in Queens yesterday.

Their first stop was the storied Carlyle; then dinner for fundraisers of their Royal Foundation at the home of advertising boss Sir Martin Sorrell.

Written By
BELLA Magazine
More from BELLA Magazine
Shape your way to fitness, health, and a happier lifestyle with LiLa...
Read More